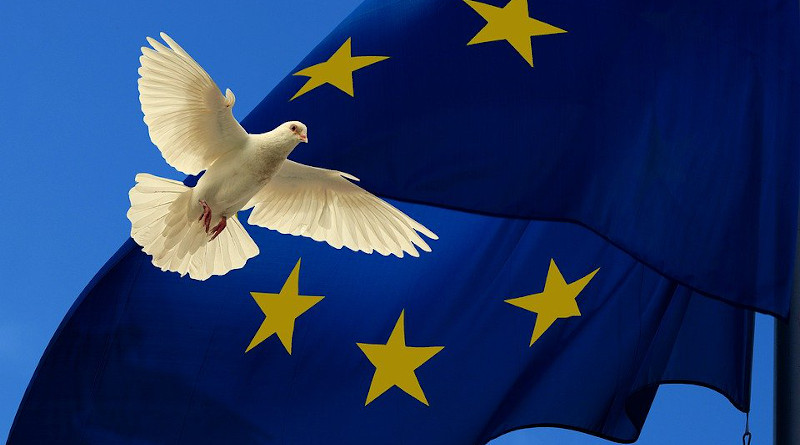 Early summer days of 2020 in Vienna marked the anniversary of Nuremberg Trials with the conference “From the Victory Day to Corona Disarray: 75 years of Europe’s Collective Security and Human Rights System – Legacy of Antifascism for the Common Pan-European Future”. This was the first public and probably the largest conference in Europe past the early spring lockdown. It gathered numerous speakers and audience physically in the venue while many others attended online.

The conference was organised by four partners; the International Institute IFIMES, Media Platform Modern Diplomacy, Academic Journal European Perspectives, and Action Platform Culture for Peace, with a support of the Diplomatic Academy of Vienna that hosted the event in a prestigious historical setting.

Media partners were diplomatic magazines of several countries, and the academic partners included over 25 universities from all 5 continents, numerous institutes and 2 international organisations. A day-long event was also Live-streamed, that enabled audiences from Chile to Far East and from Canada to Australia to be engaged with panellists in the plenary and via zoom.

Among 20-some speakers from Canada to Australia, talking in three event’s panels were top scholars and practitioners. The event was opened by the welcome address of the former President of Austria, Dr Heinz Fischer who currently serves as a co-chair of the Ban Ki-Moon Centre for Global Citizens. The following lines are a brief reference on President’s highly anticipated and absorbing key-note address prepared exclusively for this conference.

The last few months have roughly hit the world and especially the European continent. As countries chose to close their borders in order to control the spread of the coronavirus, this decision might endanger cooperation’s efficiency. In a very thought-provoking speech, tinted with personal thoughts and experiences, Dr. Heinz Fischer, former President of the Republic of Austria, demonstrated how cooperation has always succeeded to find its place through harder periods of history and unveiled his expectations for the future.

In the first part of his speech, former President Fischer went through marking events of World War II (WW2). The abovementioned explained how the April 1944 battle in Vienna was unavoidable but also how incredible the destruction has been. Indeed, during this period, more than tens of thousands of people were killed. President Fischer underlined the fact that the end of the war, translated by the military defeat of the German Wehrmacht, has been a long-awaited moment but that, already by the end of April, before the end of the war, a new government was built, and the declaration of independence was published. According to him, this new chapter carried a lot of hope for the ones who had suffered from the war.

Former President Fischer pointed out how this new chapter brought many novelties in terms of cooperation. Among them, in June 1945, was the creation of the United Nations (UN), the most important institution of international cooperation to this day. This initiative showed the will of the international community to move toward relations based on cooperation. A few years later, in November 1948, was also published the well-known Human Rights Declaration which focused mainly on human dignity. Fischer believes that even if, still nowadays, there is still work to do in terms of putting those words efficiently into practice, we can say that wars and history have been teaching the world great lessons; the 75 years since WW2 demonstrated positive changes.

Still going through striking episodes of history, Fischer noted that, in Europe, the idea of cooperation, more specifically economic cooperation, started to be omnipresent and strongly supported by great European figures. Yet, according to Fischer, it was hard to imagine such a thing in a context where tensions between East and West were still very present, so present that they led to a war; the famous Cold War. Nonetheless, the former President indicated that the war didn’t stop cooperation’s growth on the Western side where the Treaty of Rome was accepted between six European countries. This marked the beginning of European community.

Fischer continued by voicing how the death of Stalin, in March 1953, allowed a wind of change on the Russian side. In fact, when Khrushchev took power, some reforms were made and Western countries realized that it was now possible to easily negotiate with Russia since Khrushchev was more flexible than Stalin. In October 1955, the Russian soldiers and all other occupation soldiers left Austria. Fischer indicated that it was the moment where Austria was finally officially a free and independent country. However, according to him, this wasn’t exactly the case yet in Germany where the situation was more complicated and where antagonism was growing.

Built in 1965, The Berlin Wall became the symbol of the division of East and West. On the one side NATO was founded as a military alliance, and on the other side, the Warsaw Treaty. Fischer underlined that the arms race was dangerous and expensive for both sides. So, in the 1970s, the idea of peaceful coexistence was growing and finally resulted in the signature of the Helsinki Treaty in 1975. Former President observed that it was a step in the direction of reducing the political tensions.

On the other hand, after the death of Mao in 1976, Fischer noted that China obtained a leading position in the global economy and global power. A little more than a decade later, the world assisted to the collapsing of several communist regimes in Eastern Europe starting by the fall of the Berlin Wall. Then came the dissolution of the Soviet Union. The economic cooperation in Europe started to expand. According to former President Fischer, the expansion of NATO to the borders of Russia was considered, for some, not so-clever as political tensions started to grow again.

With President Trump, Xi Jinping, the Brexit and coronavirus, the year 2020 brings whole new perspectives and questions. Ban Ki-moon Centre co-chair, Fischer stressed the importance for the world to keep being successful on the fields of cooperation, disarmament, actions against the damage of our climate and democracy and democratization. Fortunately, the former President was very optimist for the future and emphasized on the positive changes that the sustainable development goals of the UN, supported by all of its members, foreshadow for the near future.

*About the Author: Audrey Beaulieu of the University of Ottawa (Globalization and International Development Department), specialised in public and private International law, international development and global politics.

The article All For Global Citizens: President Fischer On 75 Years Of Triumph Of Antifascism – OpEd appeared first on Eurasia Review.