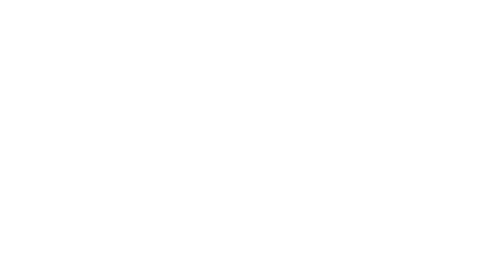 The book is set to be released next Tuesday, but CNN obtained an early copy and published excerpts this week.

Coats was the director of national intelligence from January 2017 to July 2019. In his book, Woodward wrote that Coats “continued to harbor the secret belief, one that had grown rather than lessened, although unsupported by intelligence proof, that Putin had something on Trump.”

“How else to explain the president’s behavior?” Woodward wrote, according to CNN. “Coats could see no other explanation.”

Coats and senior staffers in his office “examined the intelligence as carefully as possible,” Woodward wrote. But Coats was still uneasy about Trump and Putin’s relationship.

He “saw how extraordinary it was for the president’s top intelligence official to harbor such deep suspicions about the president’s relationship with Putin,” Woodward wrote. “But he could not shake them.”

“Rage” is Woodward’s second book about the Trump administration; he also wrote the 2018 bestseller “Fear: Trump in the White House.” The president has railed against “Rage,” calling it fake news and saying Woodward didn’t conduct any interviews with him ahead of the book’s release.

For his second book about the administration, Woodward did 18 extensive interviews with the president from December 5 to July 21, according to CNN. Woodward recorded the interviews with Trump’s permission, and CNN obtained copies of some of the tapes.

Still, Trump said in a tweet last month that the book was “a FAKE, as always, just as many of the others have been.”

Coats — a former Republican senator from Indiana — and other senior national security officials, like former Defense Secretary James Mattis, discussed whether they needed to take “collective action” to speak out against Trump, Woodward wrote, according to CNN. Mattis resigned in late 2018 after Trump decided to pull US troops out of Syria, telling Woodward he decided to leave “when I was basically directed to do something that I thought went beyond stupid to felony stupid.”

The US intelligence community determined in early 2017 that Russia interfered in the 2016 presidential election to propel Trump to the Oval Office. Coats and other intelligence officials testified to Congress last year that Russia was one of the biggest national security threats facing the US ahead of the 2020 election and that it would continue employing the tactics it used in 2016 and during the 2018 midterm elections.

The intelligence community also said last month that both Russia and China were attempting to interfere in this year’s election and that Russia wanted Joe Biden, the Democratic nominee, to lose, while China wanted him to win.

“We assess that Russia is using a range of measures to primarily denigrate former Vice President Biden and what it sees as an anti-Russia ‘establishment,'” William Evanina, the director of the National Counterintelligence and Security Center, said in a statement. “This is consistent with Moscow’s public criticism of him when he was Vice President for his role in the Obama Administration’s policies on Ukraine and its support for the anti-Putin opposition inside Russia.”

Trump, meanwhile, has consistently refused to explicitly condemn Russia for its actions. His 2016 campaign derided the CIA after it concluded that year that Russia meddled in the election to help Trump. He also repeatedly criticized and attempted to thwart the FBI’s investigation into Russia’s interference, describing it as a “hoax” designed to undermine his presidency, even as several high profile figures in his inner circle pleaded guilty to or were convicted of crimes stemming from the probe.

In 2018, during a joint press conference with Putin following a bilateral summit in Helsinki, Trump publicly sided with the Russian leader over the US intelligence community, saying, “I don’t see any reason why it would be” Russia that meddled in the 2016 election.

The president later walked back his comments after facing swift public backlash. John Bolton, Trump’s former national security adviser, told Insider in an interview last month that the president’s comments during the Helsinki summit were the most shocking and disappointing he’d heard throughout his tenure.

“I was sitting in the audience with Chief of Staff John Kelly, and we were both frozen to our chairs,” Bolton told Business Insider. “We couldn’t believe what we had heard. And we spent a good part of the flight on Air Force One back to Washington trying to explain to the president why he was getting such a negative reaction from the press back in Washington. The president didn’t seem to understand that people might be upset that he equated what Putin said with what our intelligence community said.”