In 2014, the FBI was in the late stages of an elaborate sting. An undercover agent posing as an energy analyst leaked binders with fake commercial secrets to two Russian spies operating in New York.

The spies took the binders back to the “Rezidentura,” the New York base of operations for the SVR, Russia’s foreign intelligence agency.

Microphones hidden inside the leaked material relayed the spies’ every word back to American counterintelligence agents. The pair of SVR officers were caught gabbing about their secret roles, from the difficulties of recruiting prospective agents to the disappointment that their day-to-day work was not even close to “movies about James Bond.”

In their free-flowing conversations, they discussed an SVR agent working for them under deep cover in New York: Evgeny Buryakov.

Ostensibly, Buryakov was a representative of a Russian bank called VEB. But in reality he worked for the SVR, collecting economic intelligence.

FBI transcripts show the two spymasters discussed how Buryakov had traveled the world as a bank employee, spying while he went, and how they wanted him to take on an important task: find out how the US planned to bar Russian firms from its financial system.

They didn’t need to worry. American authorities allowed the Russian bank — whose board used to be chaired by Vladimir Putin — to operate in the US despite a paper trail that outlined concerns it was a threat to national security.

The FinCEN Files, a collaboration between BuzzFeed News and more than 100 newsrooms associated with the International Consortium of Investigative Journalists, shows that the US Treasury Department received at least 86 warnings from 2007 to 2016 discussing the bank, its clients, or Buryakov.

These warnings are known as suspicious activity reports, or SARs. By law, banks act as crucial sentinels for the US government, looking for signs of financial crimes. When they spot transactions that bear the hallmarks of money laundering or other financial misconduct, they must file SARs to the Treasury Department’s Financial Crimes Enforcement Network, or FinCEN. Such reports are not by themselves evidence of a crime but can support investigations and intelligence gathering.

Banks are barred from discussing or even acknowledging the existence of SARs, but in a statement to BuzzFeed News, VEB said it has “never been involved in any illegal activities” or been approached by authorities in relation to the matters raised in this story.

The bank said that disclosure of SARs was illegal and that as it “cannot verify the authenticity” of the documents received by BuzzFeed News, it did not wish to comment further.

The SARs filed by other banks relating to VEB and its clients document suspected national security risks. One warned that Buryakov had sent cash to an address linked to a company providing gear that could be of great use to an intelligence agent: video surveillance tools. Others raised the possibility that a VEB subsidiary helped bankroll Bashar al-Assad’s regime in Syria and facilitated an arms deal to a sanctioned country.

But the recurring warnings didn’t seem to hurt VEB. It still was allowed to process its dollars through the US, using some of the world’s most prestigious banks.

The Spy and His Supervisor

In 2014, responding to Russia’s invasion of Ukraine, the US forbade companies to lend to VEB.

Still, that was the only major restriction that VEB faced. It was allowed to continue to bank in the United States and gain access to the dollar, the world’s most important currency.

A SAR from JPMorgan Chase noted a lawsuit filed by Buryakov’s landlord. That suit said that after Buryakov was indicted for spying by US authorities, his family left without paying rent for his apartment in Riverdale, New York. (Buryakov could not be reached for comment for this story.)

Afterward, the lawsuit alleges, Buryakov’s supervisor at VEB turned up at the property. He allegedly caused “structural damage” to the apartment, including breaking furniture, and cleared it out.

Chase’s compliance officers, employees whose job is to keep an eye out for any financial transactions that might be linked to criminal activity, examined the records of Buryakov’s supervisor. They found that he had been removing cash from VEB’s accounts in a highly unusual manner.

According to Chase’s SAR, in 2015 Buryakov’s supervisor visited Chase branches across New York and New Jersey, withdrawing $30,000 over three days. Each transaction was for $10,000.

The Chase compliance officials sounded the alarm. They warned the US government that the supervisor “worked in close proximity” to Buryakov, who they noted had been accused of “economic espionage.”

They said that the supervisor’s unusual cash withdrawals looked like “structuring of funds” designed to circumvent the automated alert that occurs when more than $10,000 in cash is withdrawn — in essence, that Buryakov’s supervisor might be trying to avoid government monitoring. The supervisor has since left VEB and runs his own company. He did not respond to requests for comment.

Despite one VEB employee being charged with espionage and another being involved in suspicious transactions, the government took no public action against the bank.

Chase was not the only major bank to worry about how VEB was moving cash around.

In 2012, the Federal Reserve of New York found “deficiencies” in the way that Commerzbank sold banknotes and ordered it to review all of its former sales. In the process of doing that, the bank’s compliance officers investigated its dealings with a VEB subsidiary bank. It seemed that between 2010 and 2013, the small bank, which has no offices outside of Russia, had been purchasing vast sums of US dollars — $497 million worth — from Commerzbank.

Over that time, the Syrian conflict had erupted from a small rebellion to a full-blown civil war pitting various factions against the Assad regime, which sparked international outrage for deploying chemical weapons on civilians but was supported by Russia.

In a SAR that Commerzbank later filed to the US government, it noted that VEB was “publicly tied to Syrian commercial and arms deals” and that Russia was supporting the Assad regime by “loans of foreign currencies.” Commerzbank was concerned that the VEB subsidiary was helping the Syrian regime fund its war.

Yet Commerzbank staff in Germany assured their New York counterparts that the sales were simply “ordinary competitive business practices.”

Members of the New York team disagreed. The Americans launched an investigation that showed “spikes in activity” in the dollar purchases that “appear to correspond” to sanctions being imposed on Syria, according to the bank’s SAR.

Commerzbank stopped providing it with banknotes in September 2013. It notified the US government of its suspicions in a SAR the following year.

Responding to questions from BuzzFeed News, Commerzbank said it was unable to comment on clients due to bank secrecy laws. A spokesperson said the bank has invested heavily in compliance since 2015 and successfully completed audits ordered by US regulators.

In 2013 a group of US senators wrote to then–Treasury secretary Jack Lew, warning that Russian banks, including VEB, acted as a “financial lifeline” to the Assad regime. The banks at the time denied helping Assad.

Declaring that there was “clear and compelling evidence” Assad had used chemical weapons against the Syrian population, the senators urged the government to sanction VEB. The Treasury didn’t act.

Another VEB subsidiary, Genetechma Finance Limited, came under scrutiny for its links to possible arms sales.

Genetechma had told Barclays Bank that it was buying $34.6 million worth of helicopters from a Russian state-owned defense contractor and intended to sell them to a leasing firm based in Moscow.

But in September 2013, it told Barclays that the deal had fallen through at the last minute and the helicopters would instead be sold to a UAE-based aviation company.

When Barclays compliance officers later investigated, they found that the UAE company was the “general agent” for an aviation manufacturing and repair complex in Sudan. That complex was a joint venture between the then-sanctioned North Sudanese government and Russian Helicopters, a defense firm that produces aircraft for both civilian and military use.

In its SAR to the US government, compliance officers at Barclays noted that Genetechma “was identified to have sold four (4) dual purpose helicopters” that were “adaptable for the military” to a business with ties to a sanctioned country. Experts told BuzzFeed News that the model of helicopter identified in the SAR was a type used heavily in the South Sudanese War.

Barclays was also concerned about signs of money laundering that accompanied the deal. After the deal was done, Genetechma sent a payment of $10.2 million to a Cypriot shell company, telling Barclays that the payment was part of the helicopter leasing contract.

Soon after, the company in Cyprus paid the exact same amount, $10.2 million, to yet another shell company, saying that it was a payment for scrap metal. The compliance officers at Barclays believed that “the payment appeared unusual;” they couldn’t identify who owned the second shell company or even where it was based. They were concerned that the deal might be linked to North Sudan.

Louise Shelley, an academic who has studied money laundering, said deals this complex should raise red flags. Legitimate supply chains are “straight and direct for efficiency purposes,” she told BuzzFeed News. “Illicit supply chains have to be convoluted so they’re not transparent.”

Barclays, responding to questions for this story, said that under law it could not comment about clients or transactions detailed in SARs, and that the bank believed it had complied with all of its legal and regulatory obligations.

Buryakov, the spy employed by VEB, found the US government less forgiving.

In 2016, he pleaded guilty to covertly working as a Russian agent and was sentenced to 30 months in prison. He was granted an early release after a year.

US immigration officers accompanied him to Moscow on a commercial flight. A picture from the plane shows the spy slumped back into his economy-class seat, gazing thoughtfully ahead with his chin in his hand.

It was the last known sighting of the spy. His former employer, VEB, continues to operate in the United States. ● 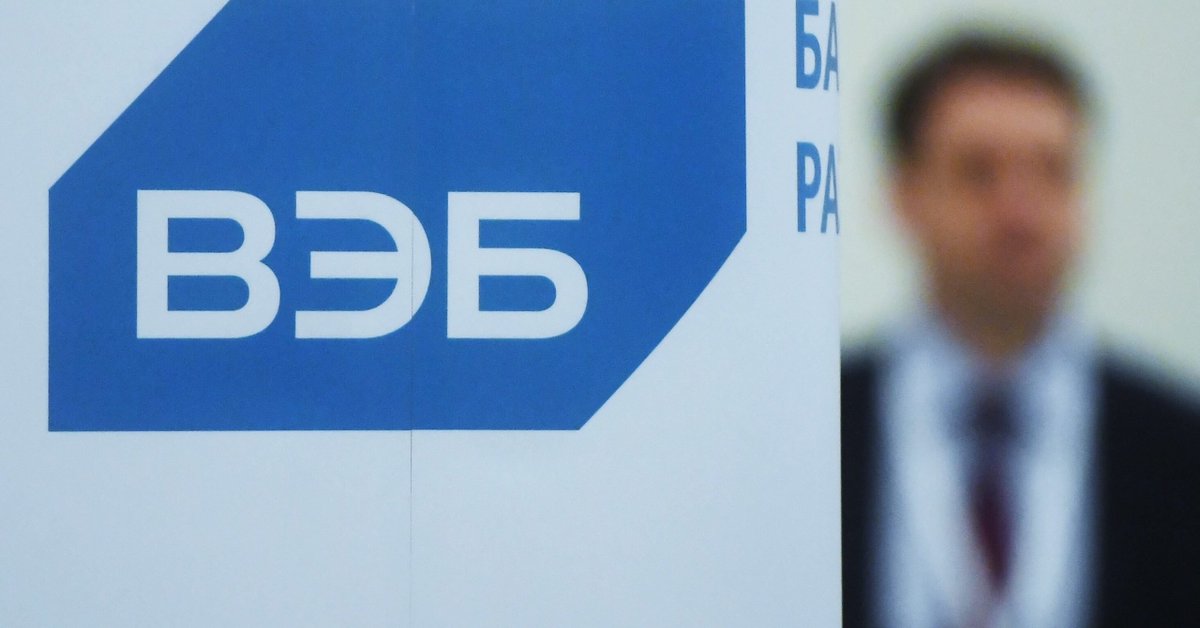 In February, three families in a high-rise building in Guangzhou, China, tested positive for the coronavirus. They didn’t know each other, didn’t live on the same floor, and hadn’t come into contact.

More than 6.8 million cases of the coronavirus have been identified in the U.S., and more than 200,000 people have died.