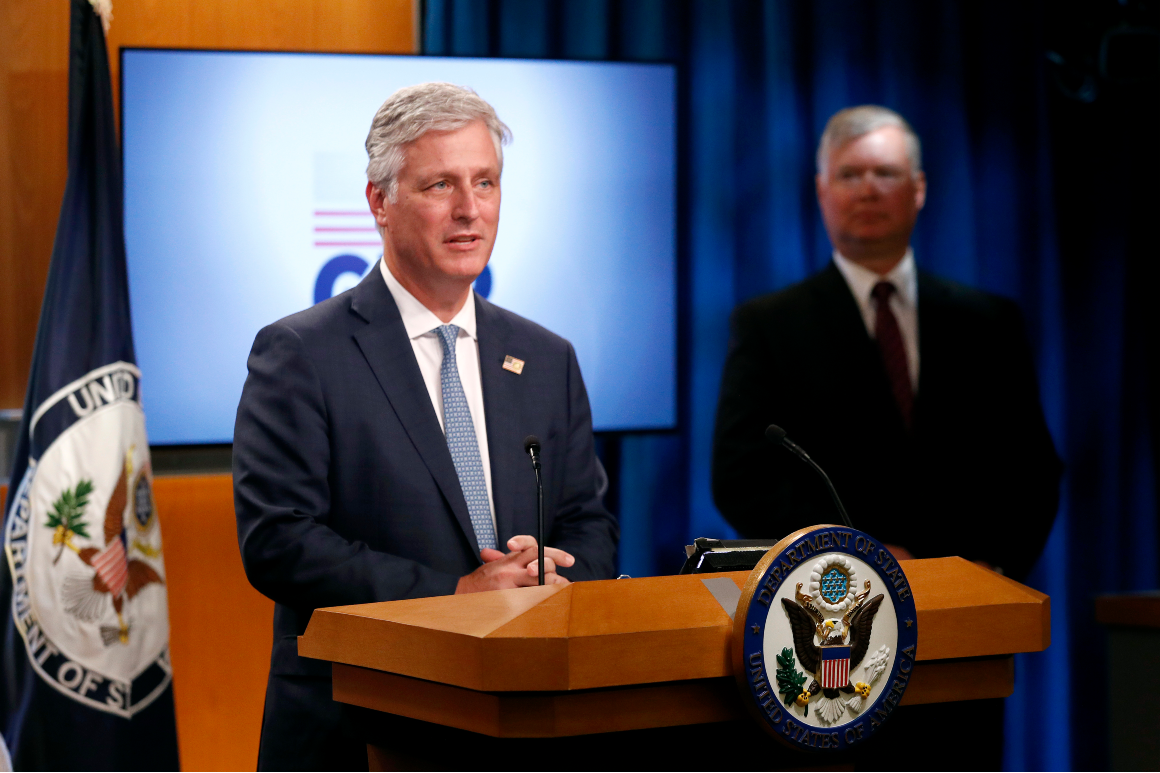 The White House’s national security adviser, Robert O’Brien, on Monday promised president-elect Joe Biden an orderly transfer of power, a departure from other Trump administration officials who have shunned any perception that President Donald Trump lost the election.

“If the Biden-Harris ticket is determined to be the winner — and obviously things look that way now — we’ll have a very professional transition from the National Security Council,” O’Brien said in a virtual interview at the Global Security Forum. “There’s no question about it.”

O’Brien said he trusts Biden to stock his team with qualified foreign policy hands, including those who have served in previous presidential administrations, and to ensure a continuity of leadership for the United States.

“The great thing in the United States of America [is] we’ve passed the baton and had peaceful successful transitions, even in the most contentious periods,” he said.

O’Brien couched his statements, as Trump’s campaign is still pursuing legal challenges to the election results, and he said the transition would commence “if the current lawsuits don’t work out for the president.”

“If there is a new administration, they deserve some time to come in and implement their policies,” O’Brien said.

Trump repeated his false claims Monday morning on Twitter that he won the election and baselessly alleged widespread voter fraud on the part of Democrats.

“The Radical Left Democrats, working with their partner, the Fake News Media, are trying to STEAL this Election,” Trump tweeted. “We won’t let them!”

Trump’s long-shot legal challenges have thus far received a chilly reception from the courts and stoked internal tension between Rudy Giuliani and other members of the legal team.

Secretary of State Mike Pompeo last week glibly vowed a “smooth transition to a second Trump administration,” top trade adviser Peter Navarro said Friday the White House continues to operate “under the assumption” the president will have four more years in office, and White House press secretary Kayleigh McEnany diffused a question about whether Trump would attend January’s inauguration by saying, “I think the president will attend his own inauguration.”

“He will have to be there, in fact,” she said Friday on Fox Business.

However some Republicans and foreign policy experts have urged Trump to extend to Biden and his aides access to certain national security information to ensure that the country is not left vulnerable.

“The transition, in the national security realm in particular and the homeland security realm, is just so important that every day that the transition is delayed really kind of handicaps” the incoming administration, former Trump chief of staff John Kelly told Politico last week.

In addition to chief of staff, Kelly — a retired four-star Marine Corps. general — served as homeland security secretary under Trump.

“You lose a lot if the transition is delayed because the new people are not allowed to get their head in the game,” Kelly said Friday.