The compromise of defense secrets remains a growing problem and the war on terror has limited the Pentagon’s ability to conduct effective counterintelligence, according to a report by the Defense Science Board.

The report called for new methods to make stealing more difficult for those with access to classified information, including behavior analysis of cleared workers and identifying dangerous people; advanced computer network monitoring; and watermarking classified documents, both digital and paper.

“For almost two decades, the counterintelligence mission has not received the sustained and focused attention that it needs to protect the nation from stand-alone actors or actors working under the direction of a foreign intelligence service,” said Eric D. Evans, chairman of the science board.

“The damage that such actors can cause to U.S. national security has grown substantially as classified information is increasingly stored on computers, making more of it available to retrieve and easier to spread,” he added.

Mr. Evans stated in a memorandum to the undersecretary of defense for research and engineering that adversaries “have made a concerted effort to access classified and business proprietary information, either to thwart U.S. national security objectives or to advance their own military and civil sectors.”

“It is long past time for the United States to address the insider threat and reduce damage caused by leaked or stolen national security information,” he declared.

The report focuses on “insider threats” — the intelligence term for people with access to intelligence who disclose that information to spies or news media.

The compromise of defense secrets is “a large and growing problem of individuals working for or with the U.S. government leaking or stealing national security information,” said Robert Nesbit and William Schneider, co-chairmen of a board task force that produced the August report. The report’s bottom line: Leaks and theft of secrets by insiders are enhanced by the “outsider” threat — foreign spy services.

“Yet counterintelligence (CI) operations continue to focus on a case-by-case approach with a strong law enforcement emphasis in dealing with escalating foreign intelligence threats,” the report said.

“National CI resources (with a few noteworthy exceptions) are concentrated within the United States rather than engaging the foreign intelligence services abroad, thus ceding an advantage to the adversary.”

“The purpose would be twofold: 1) to develop an understanding of foreign intelligence organizations, motives, targets, tools and vulnerabilities; and 2) to develop policy options to weaken the adversary’s intelligence enterprise as U.S. national security objectives might dictate,” the report said.

The report is the latest criticism of U.S. counterintelligence weaknesses that have resulted in a string of disasters stretching from Beijing to Tehran.

Beginning in 2010, the CIA lost an estimated 27 agents in China because of poor counterintelligence. The losses were the result of Chinese spies inside the CIA or a breakdown of agent communication security.

A similar disaster occurred in Iran. In 2019, Air Force counterintelligence officer Sgt. Monica Witt defected to Iran, where the government claimed to have arrested as many as 40 people it identified as CIA agents.

The report concludes that without actionable intelligence regarding foreign spy activities, the Pentagon “will continue to be at a severe disadvantage in identifying and containing insider threats.” Pentagon counterintelligence also needs “a major technology upgrade” in operations and advanced data processing to improve counterspy efforts.

The report also identifies 44 Pentagon departments and agencies it says have been “quite slow” in meeting standards used to identify insider threats.

“A significant number of costly compromises resulted from insiders circumventing the security on classified [Defense Department] and intelligence community networks with relative ease,” the report said. “Despite lessons learned from high-profile insider cases, well-established and high-priority security controls continue to be absent or are malfunctioning. It is difficult to imagine a good excuse for this neglect.”

The first recommendation in the unclassified report was not disclosed and was listed as “for official use only.”

Other recommendations include requiring the Pentagon’s insider threat program office to produce better “risk-rating tools” and to create a technology “sensor array” that can be used to better identify threats. Improved cybercontrols are needed throughout the Pentagon to encrypt classified data in all removable media and mobile devices.

The Pentagon also needs to target foreign spies’ confidence in the value and validity of stolen secrets. That can be done by expanding the use of “data obfuscation technology” — encryption, tokenization and irreversible data-masking.

Michael Griffin, the former undersecretary of defense for research and engineering who requested the study in 2018, stated in an annex to the report that “the United States has suffered extensive losses of critical national security data to adversaries.”

Two of the “most spectacular cases,” he said, were former National Security Agency contractor Edward Snowden, who stole 1.7 million NSA documents, and NSA contractor Harold T. Martin III, who stole around 50 terabytes of data from the NSA over 20 years.

Former Secretary of State Henry Kissinger, the architect of the pro-business appeasement policies toward China, is set to make a comeback, should presumptive President-elect Joe Biden assume office.

Mr. Kissinger said during a conference Monday that a Biden administration should return to the accommodationist policies of the past in order to avoid a World War I-level catastrophe in U.S.-Chinese relations.

“America and China are now drifting increasingly toward confrontation, and they’re conducting their diplomacy in a confrontational way,” Mr. Kissinger, 97, told Bloomberg News. “The danger is that some crisis will occur that will go beyond rhetoric into actual military conflict.”

Secretary of State Mike Pompeo, the leading force behind the current get-tough China policy, also has had conversations with Mr. Kissinger.

Mr. Biden is widely expected to return to the less-confrontational policies favored by large corporations that are seeking access to China’s vast market of consumers.

White House official Peter Navarro continues to be the most formidable infighter for President Trump‘s “America First” policies toward China.

Mr. Navarro, assistant to the president and director of trade and manufacturing policy, has clashed with the pro-China trade officials in the administration over policy, notably Treasury Secretary Steven Mnuchin and White House National Economic Council Director Larry Kudlow, both of whom are said to favor pro-business policies.

Mr. Navarro indirectly commented on the internal debate during a briefing for reporters last week on the executive order barring U.S. financial investment in Chinese companies linked to the People’s Liberation Army.

The order is aimed at blocking more than $500 billion in investments by Chinese military-linked companies in U.S. and foreign markets.

Asked if there was a vigorous debate within the administration on the new order, Mr. Navarro said only: “President Trump is president. He took the action today with full support of this administration.”

Covid vaccines should not be seen as ‘unicorn’ solution, says WHO chief – video theguardian.com/world/video/20…

Israel will not allow Military entrenchment of Iran in Syria: PM Netanyahu  The Nation 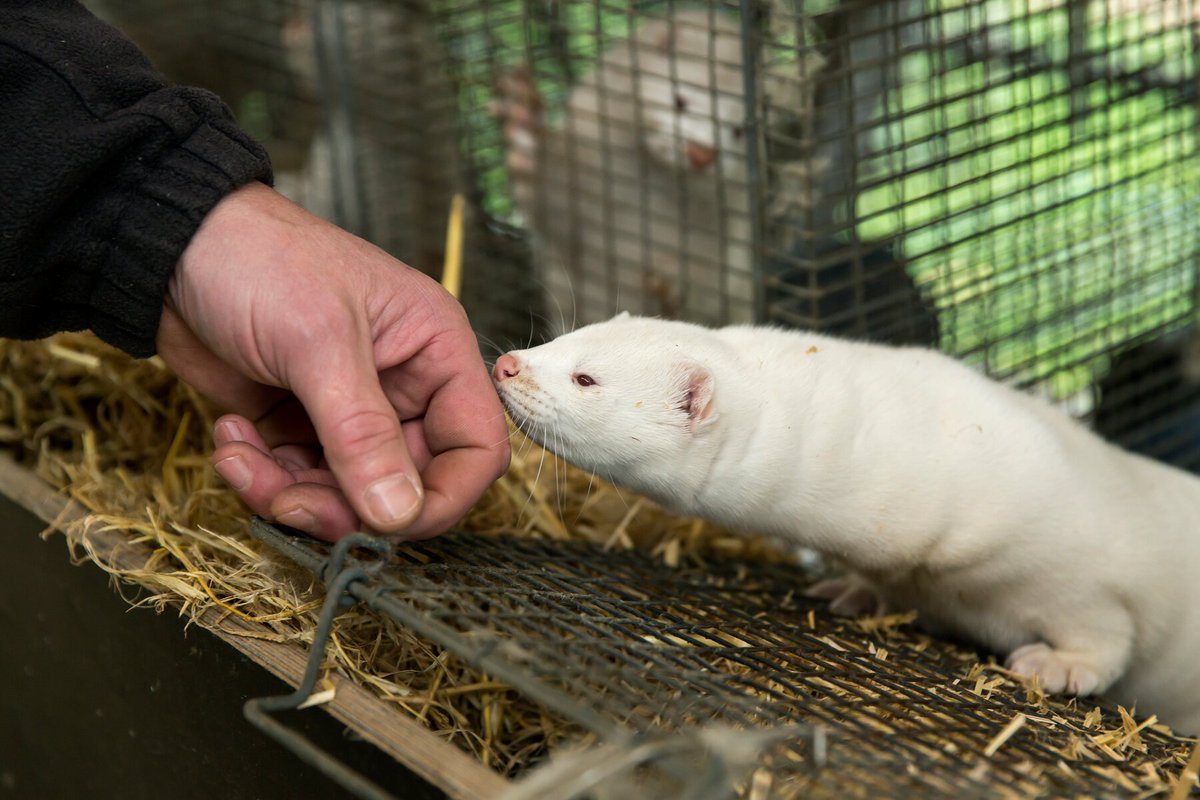 How dangerous can mutated coronavirus strains be? | COVID-19 Special youtu.be/7CoSo3i_VGY via @YouTube