Bushes, Roosevelts, Kennedys, Clintons: Where would any of them be without John Quincy Adams? That the son of a president could himself assume the presidency, as John Quincy did in 1825, was hardly self-evident in a nation that had only recently freed itself from monarchy. The election of John Quincy Adams proved that political dynasty was possible in the United States.

The fact that the Adams family produced just two presidents seems less notable if only because subsequent political dynasties have done the same. But from the perspective of John Quincy’s sons and grandsons the issue looked different. When 12-year-old Henry Adams first visited the White House in 1850, he felt as if he “owned” it. This wasn’t only because he had known his recently deceased president grandfather, or because the family gardener joked that young Henry expected to become president. It was also because his father, Charles Francis Adams, was the vice-presidential candidate on the Free Soil ticket in 1848. Henry had every reason to believe that his father would soon become the third Adams president, and he the fourth.

What he became instead was one of the great intellectuals of the Gilded Age, lauded for his elegant works of history, trenchant political critiques and essays bristling with aesthetic sophistication, none of which made him happy. “The Last American Aristocrat,” a marvelous new biography by David S. Brown, reveals how dynastic burden shaped the personality and career of the brilliant, bitter and thoroughly unlikable man who brought the prominence of the Adams family, and expectations for the endurance of political legacies, to an ignominious end. In the process it provides a compelling account of America’s transformation in the space of one man’s lifetime, from a Republic where the Adams name meant everything, to an industrialized behemoth that had left him behind.

[ Read an excerpt from “The Last American Aristocrat.” ]

Few Americans have entered life with more advantages than Henry Brooks Adams. He grew up in the rarefied atmosphere of Quincy, Mass., where the Adams family were as close to aristocrats as the Republic allowed. His intellectual prowess was apparent at an early age and he had the good luck to be born a third son. His adoring parents allowed him to follow his muse, even as two older brothers trod the expected path from Harvard College to law to positions of national leadership. Henry graduated from Harvard too, but then went to Europe, where he wrote fine essays about the chaotic political situation at the close of the 1850s and cultivated a cosmopolitanism that compounded an already distasteful superiority complex. His decision to become a writer was made possible by his millionaire maternal grandfather, who ensured that none of the Adams children would have to work for a living. To say that Henry Adams was born on third base and thought he hit a triple might be an understatement.

More than one-third of his Harvard class fought in the Civil War, but Henry skipped his generation’s crucible in favor of London high society at the side of his diplomat father, who was assigned to the post of minister to the Court of St. James’s by Abraham Lincoln. While Charles Francis worked tirelessly to maintain British neutrality, Henry cultivated patrician airs and wrote biting anonymous articles about British society and politics for The New York Times. Returning to the United States, he settled in Washington, D.C., rather than the Adams stronghold of Boston. By doing so he announced that his ambitions were national rather than regional in scope. 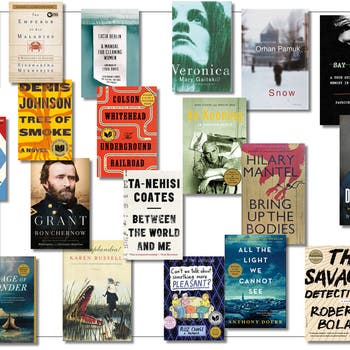 The 10 Best Books Through Time 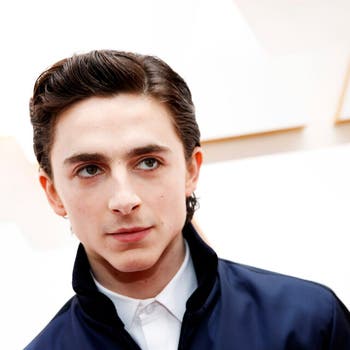 The Celebrity Gossip You Won’t Find in the Tabloids 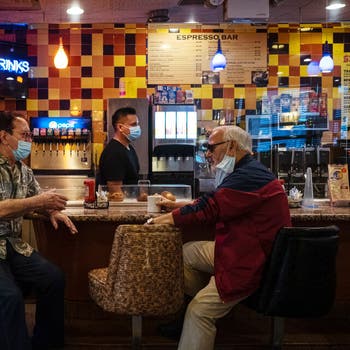 Will These Two Classic New York Eateries Survive the Pandemic? 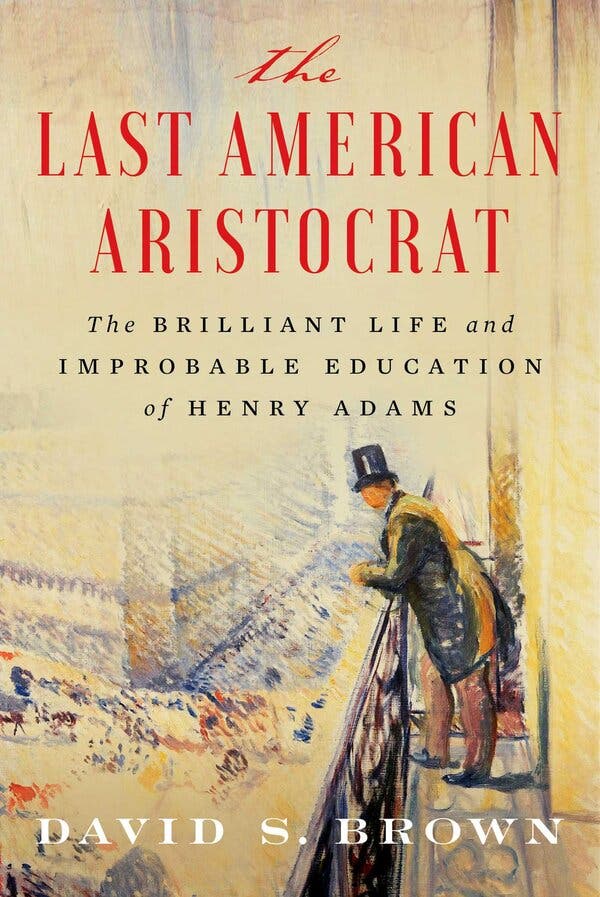 Henry intended to follow previous generations of Adams men into public service; if not the presidency, then the family sinecure in the Foreign Service. But his entitlement was such that he refused to lower himself to the level of party, expecting the nation to call on him on the basis of his self-evident superiority. His opposition to Republican Reconstruction policies did nothing to help his cause. Henry, “curiously incapable of recognizing the humanity of the former slaves,” argued that it was unconstitutional to award citizenship or civil rights to freedmen. His “inability to read congressional Reconstruction as a moral struggle rather than a political blunder,” Brown writes, “testified to a deeper private indifference in regard to race.”

So Henry embraced the role of political outsider. Styling himself a reformer even as he clung to the declining patrician caste system, he wrote blistering essays about the men who could elevate him to power. Although acute enough to recognize his aristocratic expectations belonged to a lost era, he resented the new social order, from the money men at the top of the pyramid to the immigrants at the bottom. “In a society of Jews and brokers, a world made up of maniacs wild for gold,” he complained, “I have no place.” His anti-Semitism was extreme even for his social class; he also hated Irish Catholics. In truth Henry Adams believed few men or women his equal, and was so unconstrained by convention that he rarely bothered to pretend otherwise. His friends adored him, but his “distilled and vitriolic mockery,” as one put it, was an acquired taste.

As an intellectual, however, Henry was a decided success. Even critics who thought “his influence … not quite wholesome,” the writer Owen Wister observed, admitted that “he knew an extraordinary number of things very well — better than almost anybody you were likely to see in America — to be with him, dine with him, was a luxury and excitement.” Henry taught history at Harvard and edited one of the nation’s leading literary journals, North American Review. Later he produced novels, original works of history and a variety of essays that reflected his unique, ironic sensibility. He also wrote thousands of letters, many from far-flung islands that he romanticized as free from the corrupting modernism of the West.

Witnessing the economic disorder and imperialism of the late 19th century, Henry grew increasingly pessimistic about American progress. His critique of the cultural impact of industrial capitalism was most clearly presented in a posthumously published memoir, “The Education of Henry Adams.” Circulated privately near the end of his life and published a year after the United States’ entry into World War I, the book found a sympathetic audience among readers who, under less traumatic circumstances, might not have identified with Henry’s cynicism and pulsing anxiety. It won the Pulitzer Prize in 1919 and regularly ranks among the finest American nonfiction works of the 20th century.

Brown, a historian at Elizabethtown College and the author of several previous biographies, contends that given the “eclectic range” of Henry’s experiences, he led a “rarer” life than his prominent forebears. However you define rare, it would be hard to beat John Quincy Adams. He conceived the Monroe Doctrine, served as president and later led the national antislavery movement from a seat in the House of Representatives. But Henry’s life was certainly exciting. He traveled the world, met royalty and knew everyone. A great deal of the pleasure of reading this book comes from the vivid portraits Brown draws of Henry’s friends, allies and enemies over the course of his life, a network so far-reaching that it creates, in the author’s skilled hands, a coherent intellectual and political history covering nearly the entirety of the long 19th century. Brown’s ability to conjure events spanning the globe and gently drop them into historical context is remarkable.

For Henry, the call to service never arrived and his efforts at political reform were in vain. After his wife’s death by suicide he spent decades in unrequited love with a senator’s wife. Lengthy stretches of “The Last American Aristocrat” are devoted to his writing. Brown’s analysis of key works is illuminating, but his claim that Henry was “our finest letter writer, our outstanding 19th-century historian,” remains open for debate. Beyond his memoir, his most significant publications were the nine volumes he wrote on the history of the United States during the Jefferson and Madison administrations. Rightly lauded at the time as masterworks of research (made possible because Henry’s social connections gained him access to key private archives), they were neither the most innovative nor the most influential works of history published during his lifetime.

That Henry was brilliant is beyond question. His aesthetic taste was very fine, and he wrote beautifully when he wasn’t consumed by bile. But his caustic critiques of others revealed an insecurity he never outgrew. The British statesman John Morley summed up the views of many who knew Henry Adams when he concluded, “If A. had ever looked at himself naked in a glass he would have rated other men a little more gently.” It’s a tribute to Brown’s talent as a biographer that he enables the reader to feel empathy for a man who expressed so little for anyone else.

Amy S. Greenberg, a historian at Penn State University and president of the Society for Historians of the Early American Republic, is the author of “Lady First: The World of First Lady Sarah Polk.”