We all knew that Donald Trump would react badly to defeat. But his refusal to concede, the destructiveness of his temper tantrum and the willingness of almost the entire Republican Party to indulge him have surpassed even pessimists’ expectations.

Even so, it’s very unlikely that Trump will manage to overturn the election results. But he’s doing all he can to wreck America on his way out, in ways large and small. Among other things, his officials are already trying to sabotage the economy, setting the stage for a possible financial crisis on Joe Biden’s watch.

To the uninitiated, the sudden announcement by Steven Mnuchin, the Treasury secretary, that he’s terminating support for several emergency lending programs created back in March might not seem like that big a deal. After all, the financial markets aren’t currently in crisis. In fact, defying Trump’s prediction that “your 401(k)s will go to hell” if he were to lose, stocks have risen substantially since Biden’s win.

Furthermore, much of the money allocated to those programs was never actually used. So what’s the problem?

Well, the Federal Reserve, which administers the programs, has objected strenuously — for good reason. You see, the Fed knows a lot about financial crises and what it takes to stop them — and Mnuchin is depriving the nation of tools that could be crucial in the months or years ahead.

Paul Krugman’s Newsletter: Get a better understanding of the economy — and an even deeper look at what’s on Paul’s mind.

In the old days, what we now call financial crises were generally referred to as “panics” — like the Panic of 1907, which was the event that led to the Fed’s creation. The causes of panics vary widely; some have no visible cause at all. Nonetheless, they have a lot in common. They all involve a loss of confidence that freezes the flow of money through the economy, often with dire effects on growth and jobs. 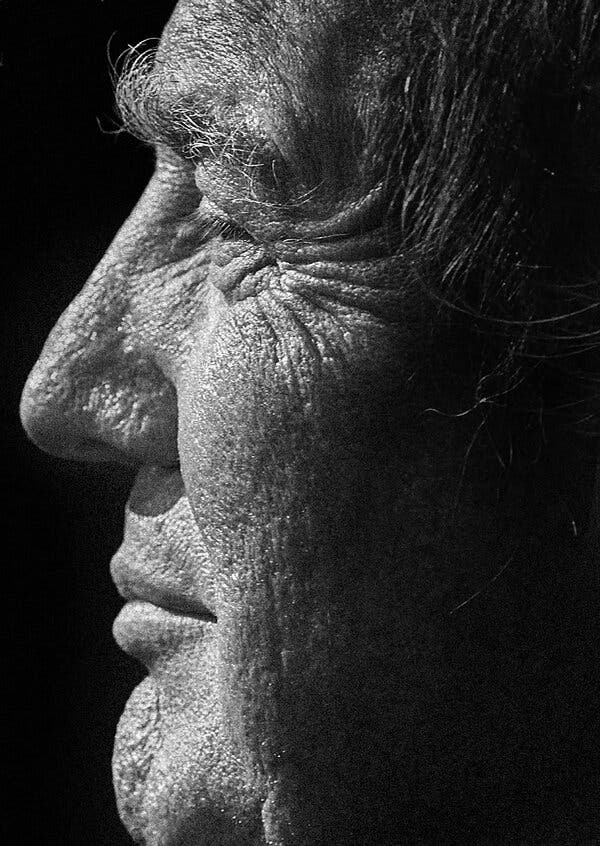 In a classic bank run, for example, depositors rush to get their money out, even if they believe that the bank is fundamentally sound, because they know that the run itself can cause the institution to collapse.

Which is where public agencies like the Fed come in. We’ve known since the 19th century that such agencies can and should lend to cash-starved players during a financial panic, stopping the death spiral.

How much lending does it take to stop a panic? Often, not much at all. In fact, panics are often ended simply by the promise that cash will be provided if needed, with no need to actually write any checks.

Back in 2012 there was a runaway financial crisis in much of southern Europe. Countries like Spain saw their ability to borrow collapse and the interest rates on their debt soar. Yet these countries weren’t actually insolvent; Spain’s fiscal position was no worse than that of Britain, which was able to borrow at very low interest rates.

But Spain, which doesn’t have its own currency — it uses the euro — was the subject of a self-fulfilling panic attack, as investors fearing that it would run out of cash threatened to provoke the very outcome they feared. Britain, which can print its own money, was immune to such a crisis.

In July 2012, however, Mario Draghi, president of the European Central Bank — the Fed’s counterpart — promised to do “whatever it takes” to save the euro, which everyone interpreted as a commitment to lend money to crisis countries if necessary. And suddenly the crisis was over, even though the bank never did end up doing any lending.

Something similar happened here this past spring. For a few weeks in March and April, as investors panicked over the pandemic, America teetered on the edge of a major financial crisis. But the Fed, backstopped by the Treasury, stepped up with new programs offering to buy assets like corporate bonds and municipal debt. In the end, not much of the money was used — but the assurance that the money was there if needed stabilized the markets, and the crisis faded away.

So far, so good. But in case you haven’t noticed, the pandemic is back with a vengeance; hospitalizations are already much higher than they were in the spring, and rising fast.

Maybe the new coronavirus surge won’t provoke a second financial crisis — after all, we now know that a vaccine is on the way. But the risk of crisis hasn’t gone away, and it’s just foolish to take away the tools we might need to fight such a crisis.

Mnuchin’s claim that the money is no longer needed makes no sense, and it’s not clear whether his successor will be easily able to undo his actions. Given everything else that’s happening, it’s hard to see Mnuchin’s move as anything but an act of vandalism, an attempt to increase the odds of disaster under Trump’s successor.

The thing is, until this latest move, it looked as if Mnuchin might be one of the few officials who managed to emerge from their service under Trump without completely destroying their reputations. Well, scratch that: He’s joined the ranks of Trump loyalists determined to trash the nation on their way out the door.