Hospitals across the US, especially in hard-hit parts of the Midwest, are seeing record numbers of patients, with some warning that they’re dangerously close to reaching max capacity of COVID-19 beds, a point at which the quality of care for the most vulnerable patients severely deteriorates due to staff and other resource shortages. 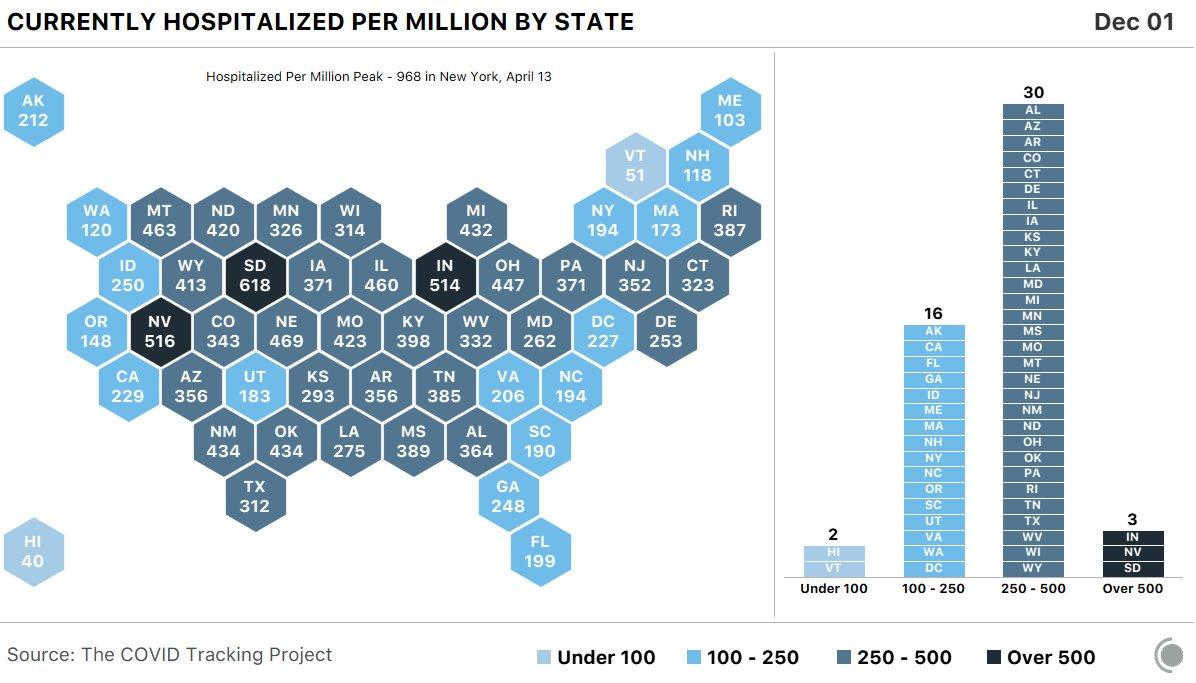 The number of currently hospitalized patients nationwide is set to top 100k, as daily cases start to pick back up following a holiday week slump. 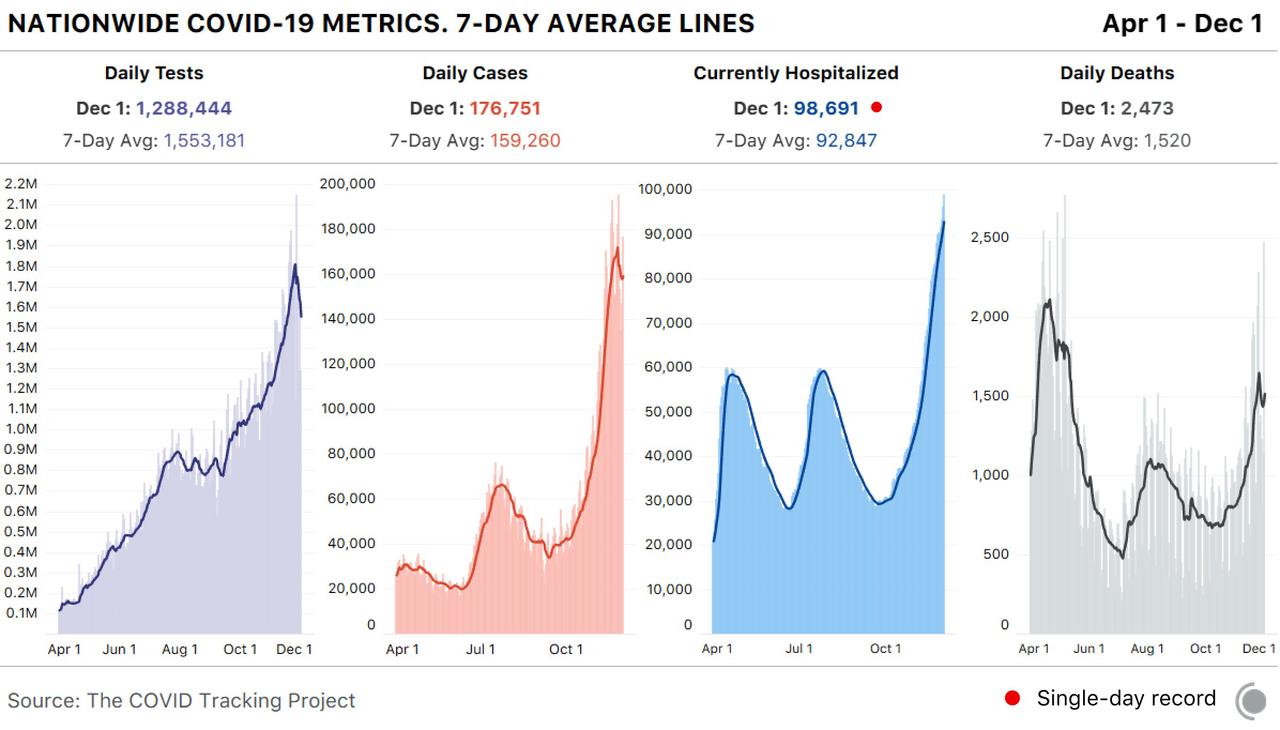 US hospitals reported the most COVID-linked deaths since May in November, according to Bloomberg data. 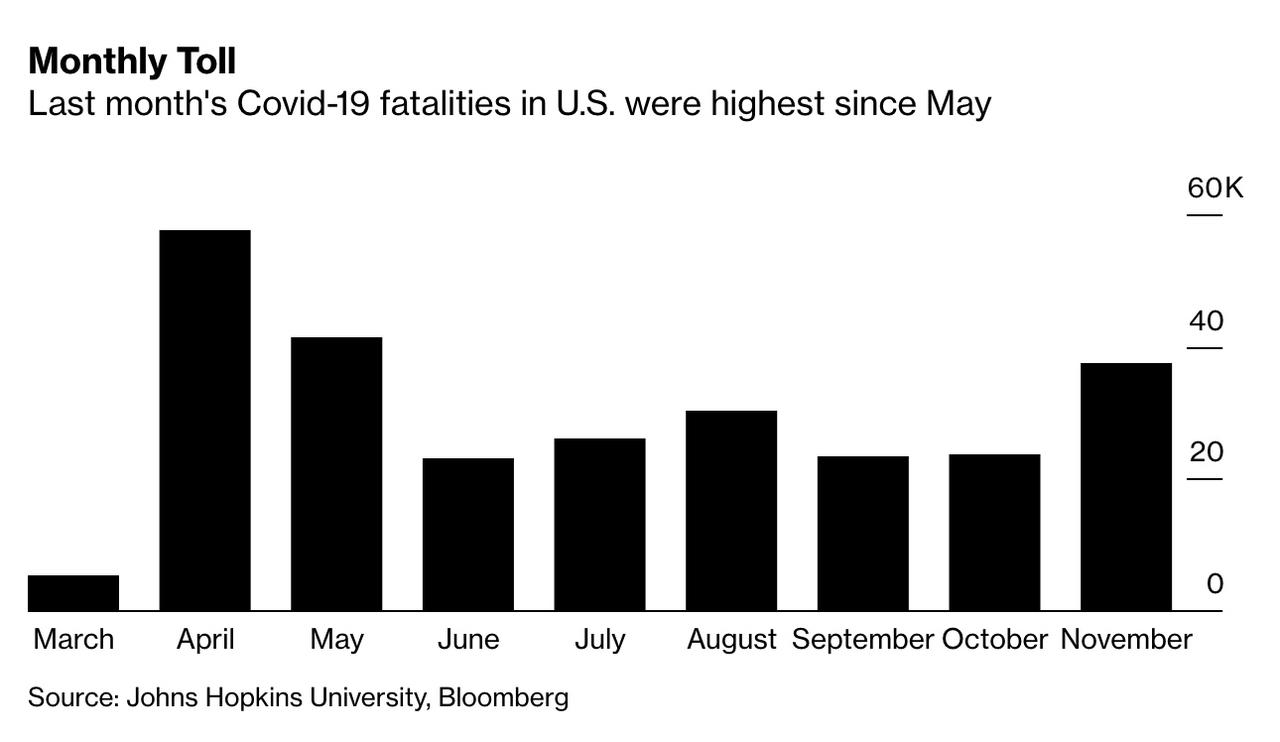 The biggest news internationally Wednesday is yet another step in the process to vaccinate the globe (or at least the developed world) as the UK’s primary pharma regulator announced that it had become the first western country to grant emergency-use authorization, promising that the risks of waiting for a more comprehensive review were far outweighed by the risks of allowing COVID-19 to continue to ravage the elderly and vulnerable, along with the health-care workers tasked with caring for them.

The authorization, which follows similar moves by China and Russia (though no other regulator in the west has actually signed off on experimental vaccines being administered to health-care workers) has clearly made Russian President Vladimir Putin feel some type of way, because the Russian President announced Wednesday that mass vaccinations in Russia would begin next week.

Overnight, the WHO warned that people should wear masks indoors and outdoors where physical distancing of at least 1 meter can’t be maintained, especially in areas with community or cluster transmission, the World Health Organization said in its updated guidance for mask use.

Of course, this isn’t the first time the WHO has tweaked its guidance on masks.

European Union regulators offered a fresh set of safe-travel recommendations to make it easier for people to cross national borders within the bloc while guarding against another resurgence of the coronavirus (Source: Bloomberg).

Austria is reopening schools for students under 14 years of age, as well as most stores and services such as hairdressers from next week, subject to social distancing rules. Restaurants and hotels will remain shuttered over Christmas and New Year’s, Chancellor Sebastian Kurz told journalists in Vienna (Source: Bloomberg).

Interpol issued a global warning to law enforcement to prepare for organized crime to target Covid-19 vaccines, saying authorities should expect “an onslaught of all types of criminal activity” linked to the shot (Source: Bloomberg).

The Italian government is set to tighten estrictions during the Christmas and New Year holiday season. Health Minister Roberto Speranza told the Rome Senate that a new decree, due to come into force on Friday, will prolong a three-tier system that tailors restrictions to regional contagion levels. With cabinet members divided on how tight the new curbs should be, measures under consideration include banning travel between regions, closing hotels in mountain areas and ski-lifts, and keeping a 10 p.m. curfew in force, according to officials who asked not to be identified discussing confidential talks (Source: Bloomberg).