“He did not travel recently so this suggests it was in the community,” he said. | Health officials have found the more contagious variant of COVID-19 associated with the United Kingdom in Saratoga Springs in upstate New York, 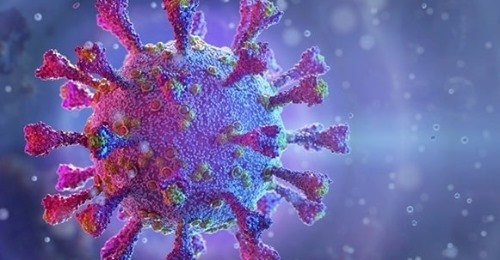 Health officials have found the more contagious variant of COVID-19 associated with the United Kingdom in Saratoga Springs in upstate New York, confirming that a worker in a jewelry store is infected with the virus, Gov. Andrew M. Cuomo said Monday afternoon.

Three other people who work at the store also have tested positive for COVID-19, but it is not yet known if they also had the UK mutated virus.

The person found to have the strain is his 60s and works at N. Fox Jewelers in Saratoga Springs. The state is asking people who visited the store at 404 Broadway between Dec. 19 and Dec. 24 to get tested and notify health authorities. The store had been closed since Dec. 24.

The man who contracted the new variant did not travel recently, “so this suggests this was in the community,” Cuomo said during a telephonic briefing with reporters.

The man had symptoms similar to more common strain of COVID-19 “but he’s on the mend and he’s doing better,” Cuomo said.

The so-called B117 variant also has been found in Colorado, California, Florida and 33 countries, he said. It is believed to spread more easily than the more predominant version of the virus. The state had not found the variant after sequencing thousands of samples last week.

As a public service, this article is available for all. Newsday readers support our strong local journalism by subscribing.  Please show you value this important work by becoming a subscriber now.

Cuomo indicated that the presence of the variant could complicate the state’s effort to bring COVID-19 under control, sending the number of cases and hospitalizations up even higher. He said increased numbers of COVID-19 patients in hospitals would be a “game changer.”

Meanwhile, Cuomo said earlier Monday that New York State may fine hospitals up to $100,000 if they do not administer their allotted COVID-19 vaccinations by the end of this week. He also announced the state will intervene in nursing home vaccinations because a federally run effort is going too slowly.

The state will also expand vaccinations to include all health care workers, and is setting up “pop up” sites to expedite the shots in poor communities with limited access to other vaccination providers.

Cuomo singled out hospitals that have been slow in distributing the vaccines, including Nassau University Medical Center in Nassau County and the public hospitals of the New York Health and Hospitals system in New York City.

“We want those vaccines in people’s arms,” Cuomo said.

NUMC has used 19% of its allocated vaccines while NYHH has used 31%, the state reported. By contrast, Northwell Health, the largest hospital system based in New Hyde Park, has administered 62% of its vaccines and is among top performers.

Hospitals that do not improve their vaccination levels this week can be fined up to $100,000 and may be left out of future allocations of vaccines. Going forward the health care systems will be expected to use all vaccines received within seven days, Cuomo said. Those slow in administering them can be subject to more serious sanctions.

“I want to get needles in the arms … as quickly as possible,” he told reporters during a livestreamed briefing on the state’s coronavirus response.

Richard Nicolello (R-New Hyde Park), presiding officer of the Nassau County Legislature, in a statement criticized NUMC’s handling of the vaccination as “inexcusable.”

“By failing to distribute the vaccine, the hospital is failing as a safety net for those most in need of medical care, including communities of color,” Nicolello said.

Cuomo displayed charts of the best-performing hospitals in the state, and the poorest performing ones. The New York City-based New York-Presbyterian Healthcare System was tops at 99%. The lowest was upstate’s Samaritan Hospital at 15%.

“I don’t mean to embarrass any hospital, but I want them to be held accountable,” Cuomo said.

He called on public officials in areas where public hospitals are located to improve the vaccination rate. He showed photos of the officials, including fellow Democrats Nassau County Executive Laura Curran and New York City Mayor Bill de Blasio.

He said the state has a total of 194 hospitals, including 24 public and 170 private. The public ones also include six in the SUNY system, including Stony Brook University Hospital.

The state Department of Health sent a letter to all hospitals on Sunday informing them of the new regulations, he said.

Cuomo also said the state will intervene in a federally run program to vaccinate residents and staff at nursing homes because the process is going too slowly.

The federal government has contracted national pharmacy chains to carry out the vaccinations, but it has left half the residents still without shots, he said.

“That has not been going as quickly as we would have liked,” Cuomo said. “New York is now going to step in and actually expedite the federal program in nursing homes.”

Of the 611 nursing homes in the state, only 288 have finished administering the vaccines to their patients, he said. A total of 47% of nursing home residents have been vaccinated.

The state will send in its own workers to speed up the process.

Another 234 facilities should complete vaccinating their residents by the end of this week, Cuomo said. That would mean about 85% of residents would have gotten the first dose. The remaining 15% would be finished by over the next two weeks, he said.

New York City Mayor Bill de Blasio also lamented the slow pace of vaccinations in the city, and on Monday declared it is time to “sprint” and speed up the process.

He called for starting nonstop, 24/7 coronavirus vaccinations in New York City, if possible. Less than a third of the state’s supply had been administered as of New Year’s Eve.

“I understand that the first weeks had to be very careful, because our health care professionals were dealing with something they had never dealt with before, and they had to get it right. But from this point on, look: that’s all behind us now — it’s now time to sprint. Seven days a week, wherever possible, 24 hours a day,” he said, adding: “I am confident now that we have all that we need logistically.”

He said there would be 160 vaccination sites by week’s end of the week, rising to at least 250 sites by month’s end.

Last week, he said he wanted 1 million New Yorkers to be vaccinated In January. On Monday, he put the number at 1 million doses — meaning 500,000 people, since the vaccine is two doses.

He said city clinicians and other qualifying workers who are independent of a hospital or other provider can visit nyc.gov/covidvaccine to find a vaccination site.

Meanwhile, the city’s infection rate continues to rise: It was 9% as of Saturday — based on a seven-day rolling average.

Cuomo said the top category of people eligible for vaccines, known as “group 1A,” was being expanded in New York on Monday to include all health care workers.

The new group includes people administering the vaccines, among them local health department staff, along with ambulatory center staffs, home care and hospice workers, and other congregate setting staff and residents.

Up until now, the top group included “patient-facing” health care workers who had direct contact with the public, nursing home residents and staff, and employees at Federally Qualified Health Centers.

Cuomo said the state will set up centers to vaccinate people to supplement the efforts at hospitals and pharmacy chains. The locations may be public facilities, convention centers or field hospitals.

Some will be “pop-up” sites that could be installed temporarily at churches, community centers and public housing authorities.

A special emphasis will be placed on low-income communities that are “health care deserts” with few pharmacies or hospitals, he said.

The state is recruiting retired doctors, nurses, pharmacists and others to staff the new sites, he said.

The state reported another day of high positivity for the virus, with 8.3% of 134,360 people tested returning positive in results gathered Sunday.

Hospitals had 8,251 patients with COVID-19, with 925 of those newly admitted for a net increase of 288 from the previous day. Of those patients, 1,357 were in intensive care units, with 843 intubated.

The state tallied another 170 deaths related to the coronavirus, which Cuomo said “is a terrible way to start the new year.”

Long Island continued to surpass the 9% threshold of positivity that Cuomo had previously said would be a red flag to consider school closures, with 9.31% on a seven-day average on Sunday. New York City measured at 6.24% positivity.

However, Cuomo said that it will be up to individual school districts whether they conclude, after local testing to compare school and county rates, that it is safe to stay open.

“We are testing in the schools … If the schools are safer, then my opinion … is leave the schools open, but that will be up to the school districts across the state,” he said.

In other hospital news, Northwell Health on Monday said the number of COVID-19 patients at its hospitals continues to creep up, although not close to the pace it jumped last spring.

“It could be a lot worse, which is why we have cautious optimism,” said Dr. David Battinelli, chief medical officer at New Hyde Park-based Northwell Health.

At the pandemic’s peak in early April, Northwell had more than 3,400 hospitalized COVID-19 patients and was reporting daily increases of 300.

“We hope we can keep this number stable,” Battinelli said. “We are banking on slow escalations through mid-February or so, at which point we hope to peak. But it all depends on behaviors. If people continue to follow guidelines like wearing a mask, it will make all the difference.”

Check back for updates on this developing story. Sign up for COVID-19 text alerts at newsday.com/text.

Bart Jones has covered religion, immigration and major breaking news at Newsday since 2000. A former foreign correspondent for The Associated Press in Venezuela, he is the author of “HUGO! The Hugo Chavez Story from Mud Hut to Perpetual Revolution.”

The once prestigious Lancet medical journal has called on the Biden administration to significantly increase U.S. funding of the United Nations and the W.H.O. trib.al/QtBxjOc

Medical experts said Boris Johnson had little choice but to impose further measures, given the rapid spread of the new variant. Some said he was already behind the curve, given how cases and hospital admissions have skyrocketed in the last week. nyti.ms/2XbW8zS pic.twitter.com/Vo4h9Pw4oV