posted at 13:29:52 UTC by admin via Sites from Michael_Novakhov (51 sites)
Letter: Trumpism hijacked conservative ideals — and it must end  Salt Lake Tribune

Russian President Vladimir Putin immersed himself in the freezing waters of a lake, observing an Orthodox Christian ritual to mark the feast of Epiphany.

Reuters brings you the latest business, finance and breaking news video from around the globe. Our reputation for accuracy and impartiality is unparalleled.

Senate Majority Leader Mitch McConnell said that the mob that attacked the Capitol was “provoked” by President Donald Trump.
“The mob was fed lies,” McConnell, a Kentucky Republican, said on the Senate floor. “They were provoked by the President and other powerful people.”
McConnell touted that Congress did its duty despite the violence on January 6, certifying the victory of President-elect Joe Biden and Vice President-elect Kamala Harris.
“We’ll have a safe and successful inaugural right here on the very front of the Capitol,” said McConnell.
McConnell’s comments came as the Senate prepares to hold an impeachment trial over the House’s charge of “incitement of insurrection.” McConnell said on Tuesday that the Senate has received a message from the House that Trump has been impeached but noted that the House has not yet transmitted the article to the Senate.

Joe Biden took the oath of office at noon Wednesday to become the 46th president of the United States, taking the helm of a deeply divided nation and inheriting a confluence of crises arguably greater than any faced by his predecessors.
–––––––––
READ MORE: Democrat Joe Biden, a fixture in Washington for nearly a half century, was sworn in Wednesday as the 46th U.S. president in a time-honored ceremony on the steps of the U.S. Capitol.

Biden, at 78, becomes the country’s oldest leader ever after serving 36 years as a U.S. senator and eight as vice president. He took the presidential oath of office, swearing to uphold the U.S. Constitution and defend the country against all enemies, foreign and domestic, on a chilly, wind-swept day.

Shortly before, Kamala Harris, a former U.S. senator from California, the country’s most populous state, was sworn in as vice president, becoming the highest ranking female official in more than two centuries of U.S. history.

She is of Black and Indian heritage.

Biden: US must reject culture of ‘manipulated’ facts
posted at 21:09:12 UTC by Associated Press via World Video News – January 2021

President Joe Biden pledged during his inaugural address Wednesday that he would be honest with the country as it continues to confront difficulties, saying that leaders have an obligation “to defend the truth and defeat the lies.” (Jan. 20)

You can license this story through AP Archive: http://www.aparchive.com/metadata/youtube/ab1db282b1c740aeb320494025eadaaf

More than 12,400 people have tested positive for coronavirus in Israel after getting inoculated by the Pfizer/BioNtech vaccine, including 69 people who had taken their second jab.

WION -The World is One News, examines global issues with in-depth analysis. We provide much more than the news of the day. Our aim to empower people to explore their world. With our Global headquarters in New Delhi, we bring you news on the hour, by the hour. We deliver information that is not biased. We are journalists who are neutral to the core and non-partisan when it comes to the politics of the world. People are tired of biased reportage and we stand for a globalised united world. So for us the World is truly One.

Please keep discussions on this channel clean and respectful and refrain from using racist or sexist slurs as well as personal insults.

UK coronavirus variant may be more deadly than original
posted at 21:09:12 UTC by Sky News via World Video News – January 2021

The current COVID-19 variant that was first identified in the UK may be more deadly than the original virus, the Prime Minister has warned.

At the Downing Street news conference on Friday, Boris Johnson said: “There is some evidence that the new variant may be associated with a higher degree of mortality.”

Mr Johnson added: “All current evidence continues to show that the current vaccines remain effective against the old coronavirus variant and this new one.”

The post “trump putin” – Google News: Sunday News: “Protesters across Russia defy Putin”; “Biden gambles that he can do it all”; “Trump Really Meant to Become the American Erdogan. That’s Clearer By the Day.”; “Northam is waiting until after the session to consider endorsements” – Blue Virginia first appeared on Trumpism And Trump – trumpismandtrump.com.

Biden must not allow himself to be impeded by recalcitrant republicans. Obama made that mistake in 2009-10. He got too little done & lost big in the 2010 mid-term elections. The US needs massive changes, reversing Trump’s sabotage & doing needed reforms.
washingtonpost.com/powerpost/sena…

Sen. Chuck Schumer: “Mitch McConnell will not dictate to the Senate what we should do and how we should proceed. McConnell is no longer the majority leader.” pic.twitter.com/DwkHAF16zr

It is Sunday and the brave Belarusians are out protesting against Lukashenka’s dictatorship as usual. Fewer now, spread out, but they continue in snow and cold. twitter.com/Tsihanouskaya/…

25th Sunday of peaceful protests in Belarus. Our demands remain the same since Aug 9: non-violence, release of all political prisoners, new free & fair elections. The determination of Belarusians is unstoppable.
You can be vocal about your support & solidarity with Belarusians. pic.twitter.com/iy81uhmI1e 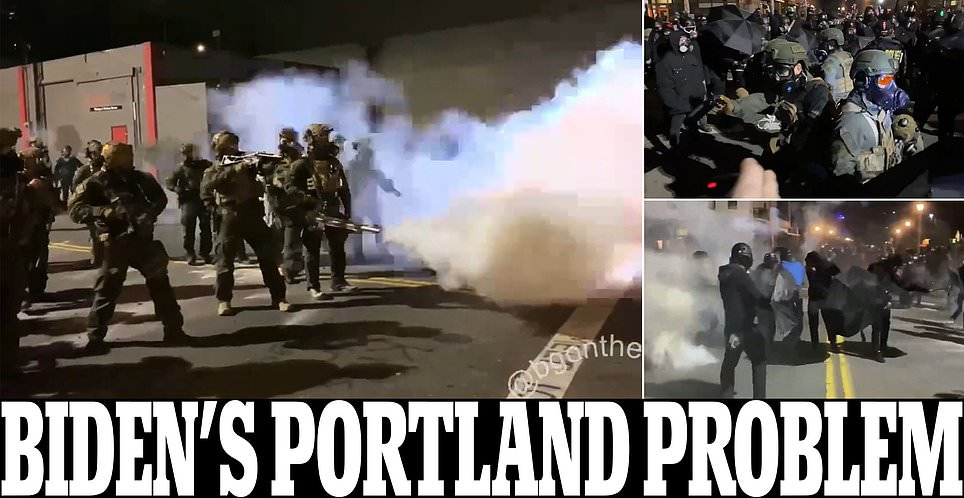 “The President Threw Us Under the Bus”: Embedding With Pentagon Leadership in Trump’s Chaotic Last Week vanityfair.com/news/2021/01/e… via @VanityFair