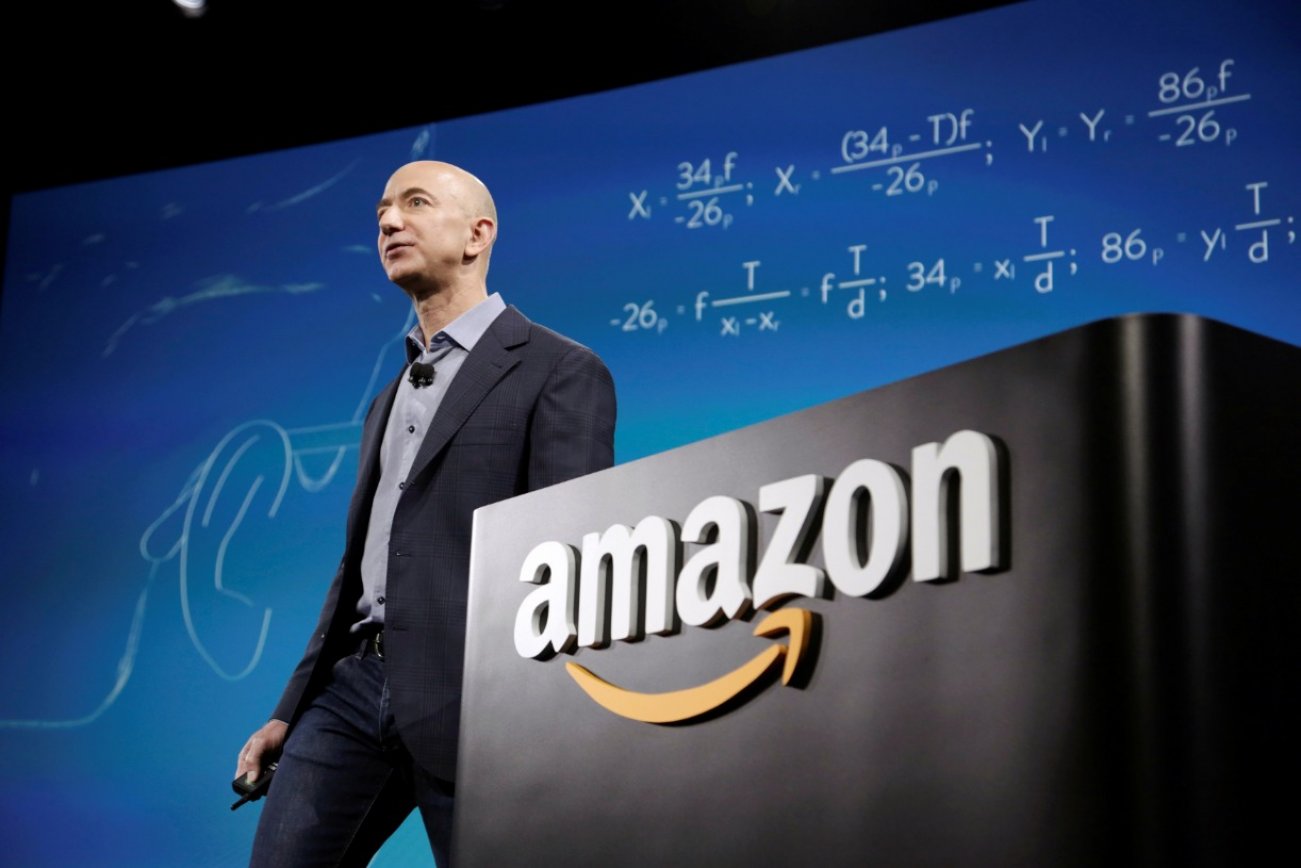 Today, Amazon is the third-most valuable U.S. company – behind Apple and Microsoft – with a market capitalization of around US$1.7 trillion, greater than the gross domestic product of all but a dozen or so countries.

Amazon announced Jeff Bezos is stepping down as CEO almost 27 years after he founded the company to sell books to customers over dial-up modems.

Amazon wasn’t the first bookstore to sell online, but it wanted to be “Earth’s biggest.” When it first launched, a bell would ring in the company’s Seattle headquarters every time an order was placed. Within weeks, the bell was ringing so frequently employees had to turn it off.

But Bezos – who will remain at the company – set his sights on making it an “everything store.” After achieving dominance in retail, the company would go on to become a sprawling and powerful global conglomerate in numerous lines of business.

Today, Amazon is the third-most valuable U.S. company – behind Apple and Microsoft – with a market capitalization of around US$1.7 trillion, greater than the gross domestic product of all but a dozen or so countries.

Before Amazon’s founding on July 5, 1994, shoppers had to travel to stores to discover and buy things. Shopping used to be hard work – wandering down multiple aisles in search of a desired item, dealing with crying and nagging kids, and waiting in long checkout lines. Today, stores try to reach out to shoppers anywhere, anytime and through multiple channels and devices.

After first experiencing two-day free shipping from Amazon’s Prime membership program, shoppers started expecting no less from every online retailer. An estimated 142 million shoppers in the U.S. have Amazon Prime.

The company made shopping more convenient through features like one-click ordering; personalized recommendations; package pickup at Amazon hubs and lockers; ordering products with the single touch of a Dash button; and in-home delivery with Amazon Key.

Shoppers can also search for and order items through a simple voice command to an Echo or by clicking an Instagram or Pinterest image. Amazon even has a cashier-less “Go” store in Seattle.

Amazon has also been a factor in the rising closures of brick-and-mortar stores that can’t keep pace with the changes in retail. Even before the pandemic, stores were closing at a phenomenal rate, with analysts predicting a coming “retail apocalypse.” Amazon benefited enormously last year as much of the U.S. went into lockdown and more consumers preferred ordering goods online rather than risking their health by going to physical stores.

Amazon’s share price has almost doubled since the lockdown began in March 2020, even as over 11,000 retail stores closed their doors.

Such is Amazon’s impact that industry players and observers use the term “Amazoned” to describe their business model and operations being disrupted by Amazon.

Today, Amazon is the second-largest U.S.-based publicly listed employer and the fifth biggest in the world. It employs 1.2 million people, having hired 427,000 during the pandemic. No wonder Amazon created such a buzz in 2018 when it held a competition to select a location for its second headquarters. It eventually picked Arlington, Virginia.

Amazon’s work culture is intense. It has a reputation as a cutthroat environment with a high employee burnout rate. It is automating as many jobs as possible, mostly in warehousing.

At the same time, after criticism from policymakers, Amazon stepped up in 2018 and raised the minimum wage for its U.S. employees to $15 per hour.

Faced with growing criticisms about the mounting impact of Amazon’s boxes and other packaging material on the environment, Amazon has also pledged to disclose more information about its environmental impact.

What’s in store for Amazon as Bezos steps down from his CEO role later this year?

Bezos, who will stay on as Amazon’s executive chairman, has previously said his focus is on preventing Amazon from dying. As he noted at a 2018 all-hands meeting, “Amazon is not too big to fail.”

As a professor of marketing who has conducted research on online retailing and analyzed hundreds of cases, I believe that Amazon’s future – and humanity’s – is inextricably linked to the rise of artificial intelligence. Starting with Alexa, the company’s virtual assistant, Amazon is betting on AI.

In fact, Amazon is testing anticipatory shipping, a practice in which it anticipates what shoppers need and mails the items before shoppers order them. Shoppers can keep the items they like and return those they don’t want at no charge. It is also betting on cashier-free stores and AI-powered home robots.

Amazon’s future success will depend on how the incoming CEO – current head of cloud computing Andy Jassy – navigates these new technologies while pushing the company into more industries, such as health care and financial services.

His challenge is to keep Bezos’ legacy and Amazon’s disruptive culture alive.

This is an updated version of an article originally published on July 3, 2019.

This article is republished from The Conversation under a Creative Commons license. Read the original article.