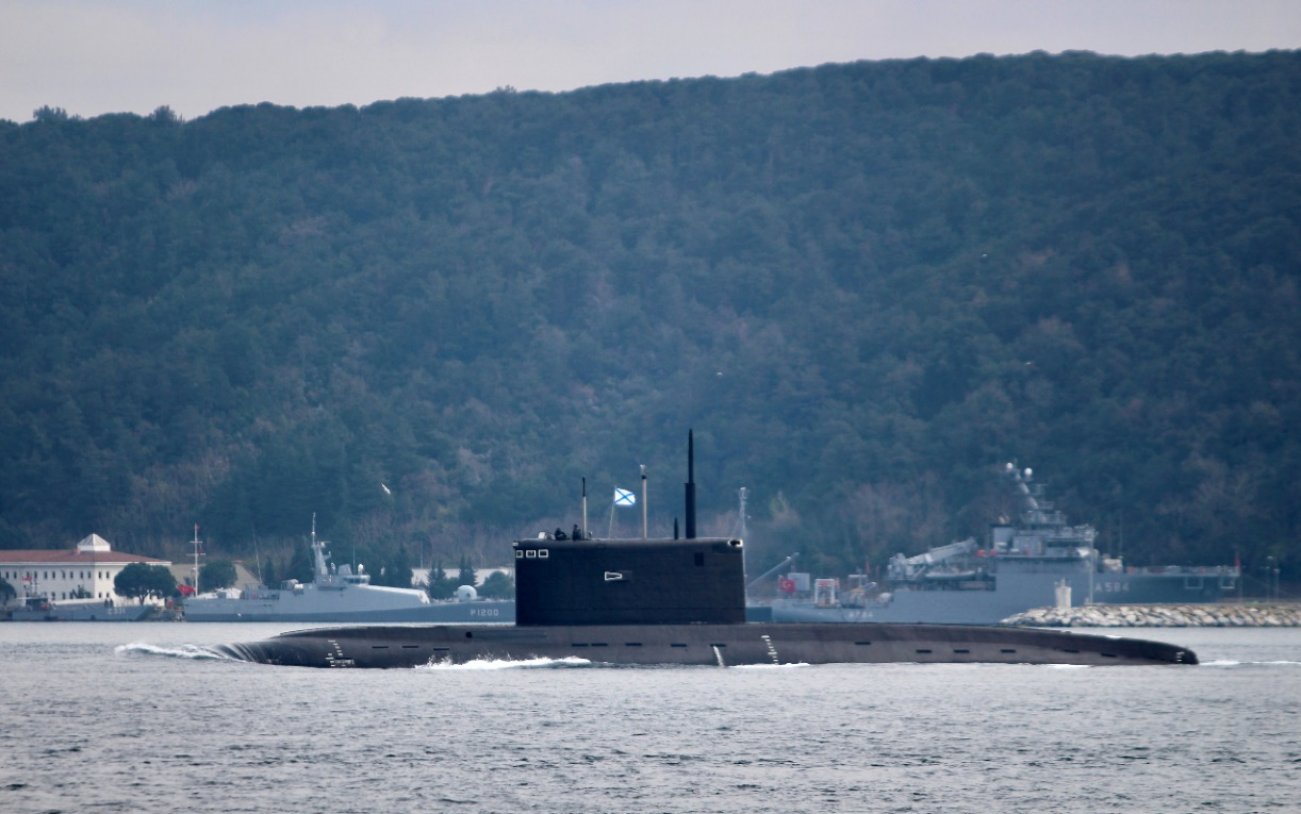 The escalating deployments point to growing readiness for war on both sides.

Here’s What You Need to Remember: The Russian planes flew over the Barents Sea north of the Kola Peninsula before turning south into the so-called Greenland-Iceland-United Kingdom Gap, a maritime chokepoint in the North Atlantic.

Russian submarines are deploying farther, in greater numbers, than at any time since the end of the Cold War. The undersea surge has prompted NATO to initiate a surge of its own, launching large numbers of maritime patrol planes to find, track and practice sinking the Russian boats.

But there’s evidence Russia is doing the same thing, sending its own patrol planes farther south than they normally fly.

The escalating deployments point to growing readiness for war on both sides.

“These Russian aircraft operate relatively routinely over the seas north of Norway,” Maj. Brynjar Stordal, a spokesperson for the Norwegian armed forces, told The Barents Observer. “It is not common that they fly as far south as they did this week.”

The Russian planes flew over the Barents Sea north of the Kola Peninsula before turning south into the so-called Greenland-Iceland-United Kingdom Gap, a maritime chokepoint in the North Atlantic.

“Breaking through the GIUK gap in a potential conflict would be important for the Russian navy when establishing the ‘bastion defense’ concept, protecting the ballistic missile submarines patrolling in the Barents Sea and Arctic Ocean,” The Barents Observer explained.

The Tu-142 flights coincided with the beginning of a major NATO exercise in Norway. Exercise Cold Response involved 15,000 alliance troops from nine countries.

“We have experienced in the past that allied exercise activities in out neighborhoods has led to some increased activity from Russian surveillance capacities like this,” Stordal said.

The eight submarines, including six nuclear-powered ships, sailed from their bases in northern Russia into the cold waters of the Barents and Norwegian Seas. At the same time, an additional two boats — the nuclear-powered Sierra-class attack submarines Pskov and Nizhny Novgorod — sailed into roughly the same waters for tests and training.

The 10 vessels represent around 20 percent of the Russian submarine force. For comparison, the U.S. Pacific Fleet with its roughly 30 subs as recently as 2013 reliably could deploy eight boats on short notice.

It’s unclear how many NATO submarines also joined the hunt for the Russian boats.

Russian submarines also have extended their patrols across the Atlantic to the U.S. East Coast. In response, the U.S. fleet in March 2020 is doing something it hasn’t done in decades. Practicing to protect convoys.

“The Navy is exercising a contested cross-Atlantic convoy operation for the first time since the end of the Cold War, using a carrier strike group to pave the way for sealift ships with a cruiser escort to bring the Army ground equipment for the Defender-20 exercise,” USNI News reported.

The nuclear-powered supercarrier USS Eisenhower is leading the current convoy exercise. “The Ike, along with an unidentified submarine sweeping the depths of the ocean for unexpected Russian guests, is participating in an exercise that will throw simulated attacks at the convoy to stress test how prepared the Navy is to punch its way across the Atlantic,” Breaking Defense explained.

But NATO isn’t the only one preparing for undersea warfare, as the spike in Russian aerial patrols indicate.

David Axe served as Defense Editor of the National Interest. He is the author of the graphic novels  War Fix, War Is Boring and Machete Squad. This article first appeared last year.