Listen to this article
Bubble Pop: Janet Yellen Could Create An Economic Crisis

Authored by Desmond Lachman via 19fortyfive.com, 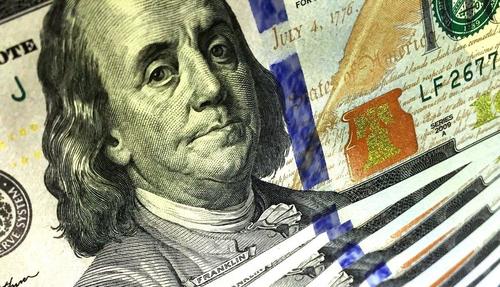 Judging by her tenure at the Federal Reserve’s helm and her advocacy now as Treasury Secretary of a super-sized budget stimulus package, it would seem that Janet Yellen falls into Mr. Shaw’s brilliantly wrong category. For this, the country is likely to pay dearly.

Mrs. Yellen’s last year as Federal Reserve Chair will long be remembered as one in which she kept interest rates too low and the Fed’s balance sheet too large for too long. She did so in an apparent attempt to curry favor with President Donald Trump in her unsuccessful bid to get a second term as Fed Chair.

In the process, she contributed importantly to the creation of a global everything asset and credit market bubble. It was only once she left the Fed and was safely ensconced at the Brookings Institution that she warned of the risk to the U.S. economy of a mushrooming of the highly leveraged loan market, which was of her own making.

Now at Treasury, Mrs. Yellen is arguing that it is better to go too big than too small in terms of budget stimulus. To that end, she is cheerleading support for a $1.9 trillion budget spending package. Never mind that this package would come on top of a $900 billion stimulus package in December and would be more than twice as large as the 2008 Obama fiscal stimulus. Never mind as well that it is coming at a time that Jerome Powell’s Federal Reserve is providing considerably more support to the U.S. economy than did Ben Bernanke after the U.S. housing market bust.

To the consternation of many of his fellow members in the Democratic Party, former Treasury Secretary Larry Summers is correctly warning that such massive public spending largesse risks causing an unwelcome revival in inflation. This might occur through having the economy’s aggregate demand outstrip its aggregate supply. It also might occur through weakening the U.S. dollar or through making it more difficult for the Federal Reserve to raise interest rates as needed for fear of adding to the government’s interest payment bill on its debt mountain.

The risk of a revival of inflation is all the more troubling for the U.S. economy coming as it does at a time that both the U.S. and the world economy are in the midst of an equity and credit market bubble.

It is not simply that today’s U.S. equity valuations are at lofty levels last seen on the eve of the 1929-stock market crash. Nor is it only that very risky borrowers both at home and abroad can borrow at interest rates not much higher than those at which the U.S. government can borrow. It is that the Fed’s ultra-easy money policy has kept very large amounts of money flowing to the emerging market economies at a time that those countries’ economic fundamentals have never looked more compromised than they do today.

In proposing a reckless budget stimulus package as she is now doing, Mrs. Yellen seems to be blissfully unaware that today’s asset and credit market bubbles in general and that in the U.S. equity market, in particular, are premised on the assumption that ultra-low interest rates will last forever. However, if  Mr. Summers is right in asserting that excessive U.S. budget spending will lead the US economy to overheat, those easy monetary conditions are bound to come to an early end. And when they do, we could revisit a U.S. global economic and financial market crisis at least on the scale of that we experienced in the wake of the 2008 Lehman bankruptcy.

Having played an important part in creating today’s everything asset and credit market bubble, it would seem to be fitting that it might burst on Janet Yellen’s watch. However, for the rest of us, it would seem to be an unfair and heavy price to pay for her economic policy misjudgments.