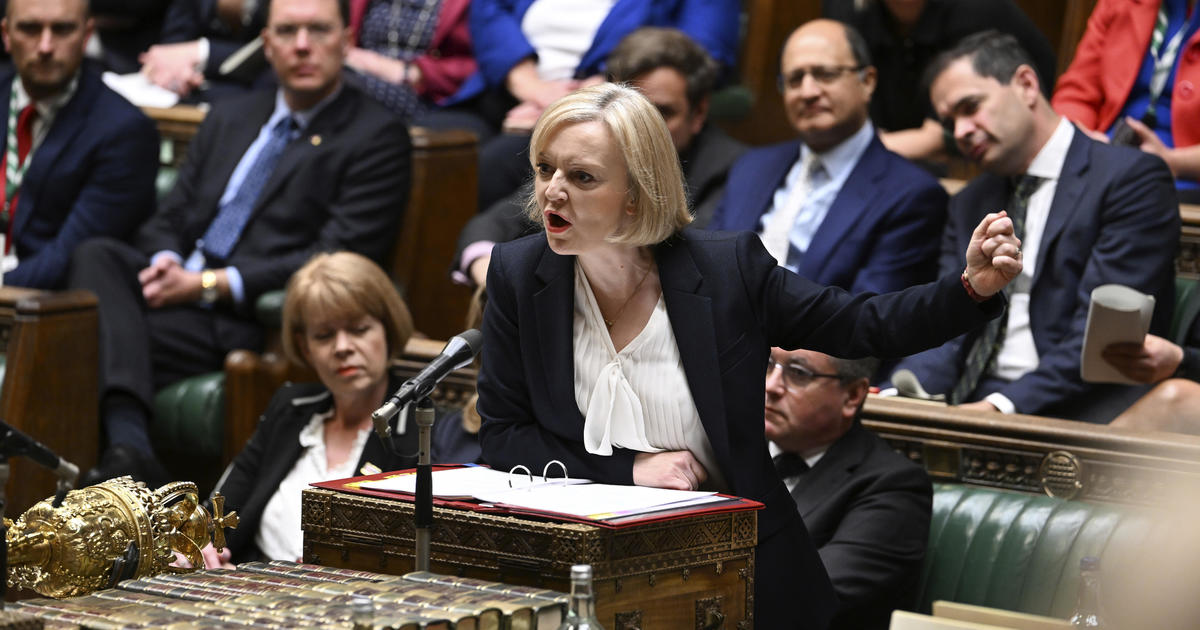 London — Liz Truss said she was resigning as U.K. Prime Minister on Thursday after a rising chorus of members of her own party called for her to step down. Support for the premiere collapsed spectacularly not even two months into her tenure, with a final straw seeming to be a parliamentary vote Wednesday evening that descended into total chaos, with members of her Conservative party shouting and swearing at each other, and some even claiming they had been physically manhandled.

Editor’s note: This is a breaking news story. Please check back for updates.

The Wednesday vote, which was on the future of fracking in the U.K., had initially been billed by Conservative party whips as a confidence vote in the government; Conservative members of parliament (MPs) were told that if they didn’t back the government’s position in favor of fracking, they’d be deemed rebellious and expelled from the party. It would have put a lot of MPs in the position of being forced to support fracking despite their opposition to the controversial practice. 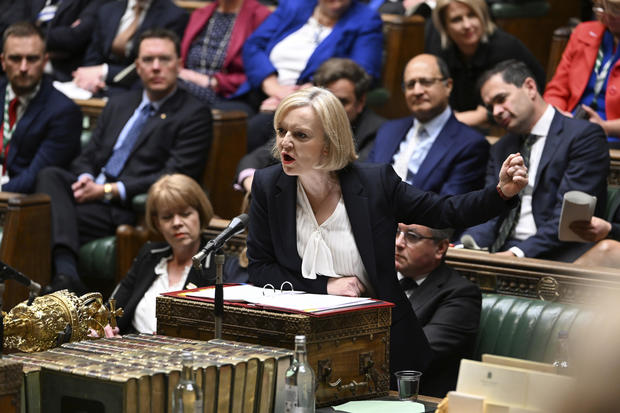 Just minutes before the vote, however, Truss’ government said it would no longer be taken as a confidence vote. The reversal led to confusion, which descended into chaos as the Conservatives’ chief whip, whose authority had been undermined by the late change in plans, reportedly resigned. Hours later, Truss’ office said the whip remained in her job, which only increased the private outcry from party members over the mayhem.

One Conservative MP was quoted anonymously by multiple British news outlets as deriding the debacle as “the most bullying, screaming and shouting” they had ever seen, while another was heard saying, “I am f****** furious and I don’t give a f*** any more.”

Charles Walker, a senior Conservative member of parliament, expressed his outrage to a BBC News crew that was covering the events live as they unfolded inside the House of Commons.

“This whole affair is inexcusable,” Walker told BBC News. “It is a pitiful reflection on the parliamentary Conservative Party at every level, and it reflects really badly, obviously, on the government of the day.” Walker added that he didn’t believe there was any coming back from the chaos for Truss’ government.

“All those people that put Liz Truss in No 10, I hope it was worth it”

Conservative MP Charles Walker describes chaos around Commons vote on banning fracking as a “shambles and a disgrace”https://t.co/l2irPFiiwM pic.twitter.com/3GzezEERmK

Earlier on Wednesday, in a major blow to Truss even before the chaotic scenes unfolded in parliament – her Home Secretary Suella Braverman, the cabinet minister in charge of immigration and law enforcement, resigned. She stepped down after it emerged that she had sent an official document via her personal email account, in breach of government rules. She apologized for the infraction in her resignation letter, but also hit out at Truss.

“The business of government relies upon people accepting responsibility for their mistakes. Pretending we haven’t made mistakes, carrying on as if everyone can’t see that we have made them, and hoping that things will magically come right is not serious politics. I have made a mistake; I accept responsibility: I resign,” Braverman said. “It is obvious to everyone that we are going through a tumultuous time. I have concerns about the direction of this government. Not only have we broken key pledges that were promised to our voters, but I have had serious concerns about this Government’s commitment to honoring manifesto commitments.”

But as more and more Conservative MPs expressed a desire for Truss to go on Thursday, just how that might happen remained unclear. Truss, for her part, has given no indication that she would be willing to resign, declaring herself “a fighter, not a quitter.”

Under Conservative party rules, there cannot be another vote of no confidence in a prime minister within a year. That process — through which the party elects a new PM internally — is what brought Truss to the job about six weeks ago, after Boris Johnson was ousted amid a series of scandals. Party members can, however, change those rules.

In the U.K., general elections must take place at least every five years. They are scheduled by the government in power. While the deadline for the next election is January 2025, one can be called anytime during the interim period.

Truss and the Conservative party are polling at historic lows against the opposition Labour party, meaning the Conservative government — under Truss or anyone tapped by the party to replace her — will be extremely reluctant to call a general election now.

Labour party members have been demanding a new election for weeks, eager to capitalize on the chaos gripping their opponents and take over the British government for the first time in more than a decade.

Those calls will not be silenced to any degree even if the Conservatives do decide to boot Truss and hold another leadership contest.

Haley Ott is a digital reporter/producer for CBS News based in London.