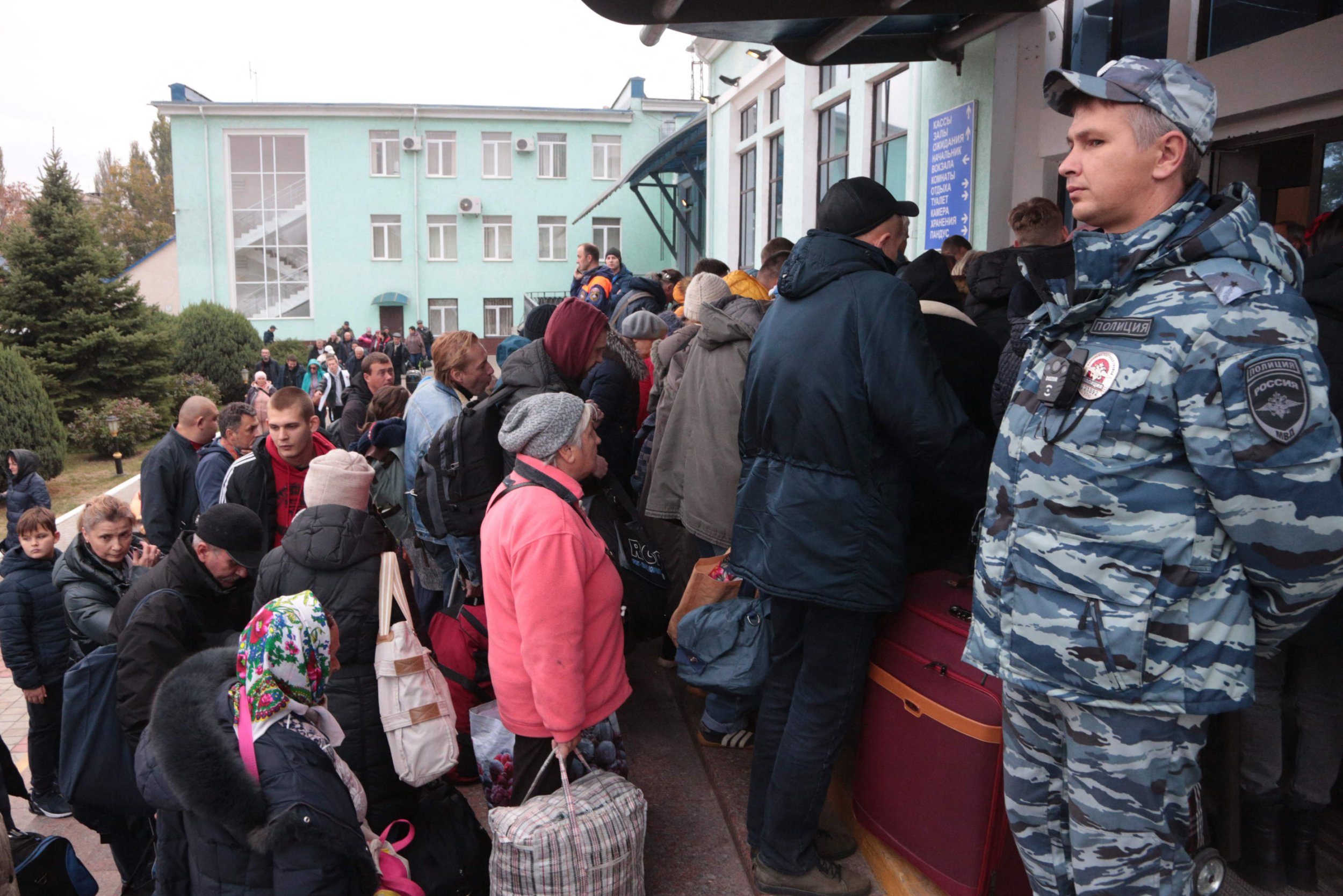 Russian authorities have ordered all residents in the city of Kherson to evacuate in expectation of a Ukrainian advance, it has been reported.

The city has been occupied by Russia since the early days of its invasion in February and the wider region was one of four illegally annexed by Vladimir Putin earlier this month.

Martial law was declared and Russian military leaders in Kherson have described the situation as “tense” in recent days amid reports of shelling attacks.

Kirill Stremousov, the Russian-installed deputy administrator of the Kherson region said in a Telegram message posted late on Tuesday that “in the very near future, the battle for Kherson will begin.”

He said on Saturday that a decision had been made “to evacuate the civilian population for the sake of ensuring security”.

Ukrainian forces are believed to have bombarded Russian positions on Friday, ahead of a full-scale assault.

Meanwhile, Russia has been using its annexation, the largest since the Second World War, to forcibly remove citizens deeper into its territory.

It is believed as many as 60,000 people could be displaced.

Ukrainian officials have urged Kherson residents to resist attempts to relocate them, with one local official alleging that Moscow wanted to take civilians hostage and use them as human shields.

The British Ministry for Defence said in an update on Saturday that Russian forces are coming under “increasing pressure” in Kherson and that they “continue to reinforce crossing points over the Dnipro River, and have completed a barge bridge alongside the damaged Antonovsky bridge.”

Neil Bush, the UK’s Ambassador to the Organization for Security and Co-operation in Europe (OSCE) warned in a speech earlier this week: “Martial law will mean further ruthless attempts to enforce control in territory to which Russia has no right, and over people who have already suffered heavily at the hands of Russian forces.

“Despite what the Kremlin tells us, these moves highlight Russia’s increasing desperation in the midst of its failing invasion.

“On Kherson, Russia’s plans to forcibly deport Ukrainian civilians are deeply concerning. We remind Russia that any danger posed to civilians is a direct result of its illegal invasion.”

The potential reclaiming of Kherson would represent another humiliation for Russia and comes amid claims that the UK must prepare for a “very dangerous chapter” in the conflict.

Tobias Ellwood, chair of the Commons Defence Committee, warned there were “conversations happening behind the scenes” in government about how to respond if a state used nuclear weapons.

The threat of the first nuclear bomb in 77 years being launched has grown as Vladimir Putin’s forces suffer battlefield reversals.

Civilians leaving the Kherson region, crossing to the other side of the Dnieper River as pro-Kremlin officials say they are pulling out of the key southern Ukraine city (Photo: STRINGER / TELEGRAM / @NM_DNR / TELEGRAM/ @STREMOUSOV_KIRILL / / AFP)

This week, the Defence Secretary, Ben Wallace, and Armed Forces Minister, James Heappey, flew to Washington DC for emergency talks with US counterparts amid growing concern that Mr Putin could launch a nuclear strike.

Mr Ellwood told Sky News: “Clearly, it has moved into a very dangerous chapter. It’s quite incredible what Ukraine has done, who would have thought six months ago that they would have been able to push back the third largest army in the world?

“But with Putin in a corner, now calling for martial law in those areas where he had that sham referendum we must now ask the very difficult questions that perhaps we have avoided in the last 77 years: what do we do if a state uses a nuclear weapon?”

“I am not sure we are quite there in that mindset yet, but I understand those conversations are happening behind the scenes.”