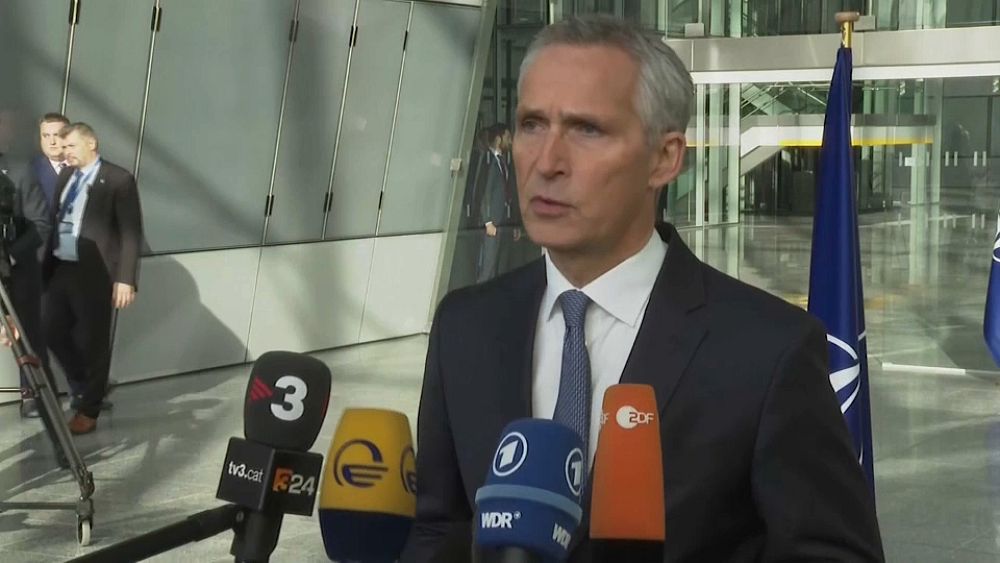 NATO defence ministers took stock on Wednesday of its supply effort to war-torn Ukraine to date and debated ways to encourage the defence industry to ramp up production in short order.

The US-led 30-nation military alliance has been treading a fine line since Moscow’s full-scale invasion began, providing only non-lethal support and defending its own territory to avoid being dragged into a wider war with a nuclear-armed Russia.

Yet individual allies continue to pour in weapons and ammunition, including armoured vehicles and air defence or anti-tank systems.

Speaking to Euronews, Dr Patrick Bury, a senior lecturer in security at the University of Bath, said, “I think that both sides are essentially trying to find pressure points on each other and are then succeeding in doing so.”

“If you look at the Kerch bridge attack, which preceded the Russian bombardment of Ukraine and the other cities, it obviously had its military objectives trying to cut or at least slow down logistic supplies to the forces, especially in the Kherson region of occupied Ukraine,” Dr Bury said.

“I think the response, and, what we were expecting actually from the Russians for a while, had been increased attacks on critical national infrastructure using missiles.”

Allies are also training Ukrainian troops, building on the lessons NATO has taught Ukraine’s military instructors since Russia annexed the Crimean Peninsula in 2014.

At the same time, national military stocks and arsenals are being depleted.

Some countries are growing reluctant to provide Ukraine with more weapons when they are no longer entirely sure that they can protect their own territories and airspace.

However, following the gains Ukraine’s counteroffensive has made on the eastern frontline and the failed annexation of four occupied territories, the war has entered a new stage.

“In response to the Kerch bridge attacks, Putin would have felt a lot of damage to his personal prestige and pride, and so, some of the targets selected in that latest bombardment were also cultural ones that Ukraine would feel hurt by in a similar way,” Dr Bury, who is also a former NATO research analyst, added.

Putin’s attack on a sovereign country without provocation and his threats to use nuclear weapons to defend seized territory have made many allies neighbouring Russia and Ukraine further concerned.

The United States and its partners want to boost weapons production by sending clear signals to the industry as they pool resources and deliver Ukraine the hardware that it needs, all while ensuring that no major gaps appear in national stockpiles.

“Ukraine is a big country, with many cities. So we need to scale up to be able to help Ukraine defend even more cities and more territory against horrific Russian attacks against their civilian populations,” NATO Secretary-General Jens Stoltenberg told reporters in Brussels on Wednesday.

Stoltenberg said that following the apparent sabotage of the Nord Stream pipelines between Russia and Germany, NATO has “doubled our presence in the Baltic and North Seas to over 30 ships, supported by maritime patrol aircraft and undersea capabilities.”