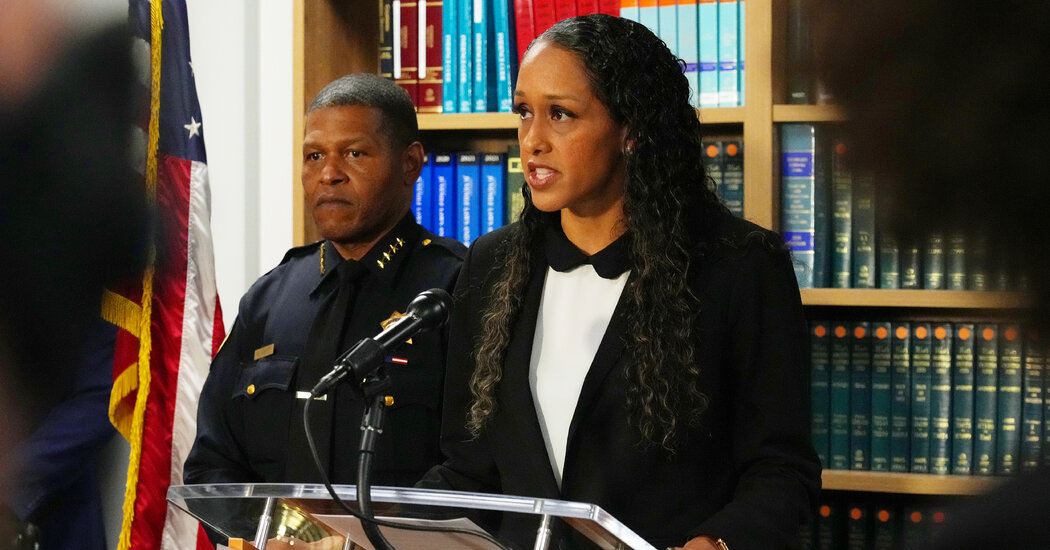 The man accused of breaking into the home of House Speaker Nancy Pelosi and assaulting her husband told the police that he also planned to confront other state and federal politicians. 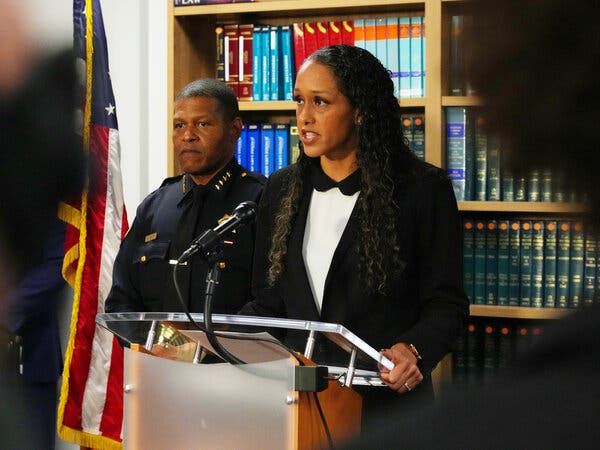 SAN FRANCISCO — After an intruder broke into the San Francisco home of House Speaker Nancy Pelosi and bludgeoned her husband with a hammer, leaving him unconscious for three minutes as he lay in a pool of blood, the attacker told the police that he had other targets: a local professor, and several prominent state and federal politicians.

The new details of the attack that police officers say was motivated by the assailant’s desire to take Ms. Pelosi hostage, interrogate her and break her kneecaps if she “lied” emerged Tuesday in a court filing, as the suspect appeared in court for the first time.

David DePape, 42, pleaded not guilty to several state felony charges after investigators say he broke into the Pelosi residence last week in the well-to-do Pacific Heights neighborhood and demanded to see Ms. Pelosi, the country’s third most powerful politician, who was in Washington at the time.

The filing by local prosecutors on Tuesday provided new and chilling details about the attack, including how Mr. Pelosi, in a terrifying situation, was able to surreptitiously call 911 while he was in the bathroom and the intruder was in the house. It also offers insights into a disturbed man seemingly enthralled by the conspiracy theories that have portrayed Ms. Pelosi as an enemy of the country.

After breaking into the home by busting a glass door on the back porch, the intruder found Mr. Pelosi asleep in his bedroom just after 2 a.m., according to the filing. He demanded to see Ms. Pelosi, and when he was told she wouldn’t be back for days, the suspect said he would wait for her.

Mr. Pelosi, sitting on his bed, asked him why.

“Well, she’s No. 2 in line for the presidency, right?” the intruder said, according to the police.

At another point, when Mr. Pelosi asked if he could call anyone for Mr. DePape, the suspect “ominously responded that it was the end of the road for Mr. Pelosi.”

The police said that without any questioning, Mr. DePape told them that he was on a suicide mission. The authorities said he believed he had been captured by home security cameras and recorded on the 911 call, but remain undeterred.

The “defendant’s intent could not have been clearer: he forced his way into the Pelosi home intending to take the person third in line to the presidency of the United States hostage and to seriously harm her,” prosecutors wrote as they asked the court to detain Mr. DePape without bail.

The latest filing came a day after federal prosecutors filed a complaint against Mr. DePape that said he directly targeted Ms. Pelosi and intended to make an example of her to other members of Congress.

“I’m sick of the insane fucking level of lies coming out of Washington, D.C.,” he told officers at the scene, according to the local filing. “I came to have a little chat with his wife.”

During the 911 call that prompted a dispatcher to send officers, Mr. Pelosi left the phone on speaker and, trying to keep the assailant calm once he realized the police were on the line, was able to gently imply to dispatch that something was amiss.

At one point, “to defuse the situation,” prosecutors wrote, Mr. Pelosi told dispatch he didn’t need the police. When dispatch told him to call back if he changed his mind, he said, “No, no, no, this gentleman just uh came into the house uh and he wants to wait for my wife to come home.”

In the days since the attack, those who know Mr. DePape have described a shy man who once seemed to live the lifestyle of a Bay Area hippie but who in recent years fell into homelessness, isolation and darkness, spending his time immersed in an online world of conspiracy theories and bigotry.

About six years ago, according to his most recent employer, Mr. DePape was down on his luck, living under a tree in a park and hanging around outside a lumber store in Berkeley, Calif., looking for work.

“You know how people sit outside and wait for someone to come and offer them work?” recalled Frank Ciccarelli, a carpenter who builds houses and makes furniture. “He was sitting there. So I picked him up. So he started working for me. And he really worked out well.”

For the next several years Mr. Ciccarelli became close to Mr. DePape, even as he worked less and seemed to spend more time online, immersed in right-wing conspiracy theories — right up until a week ago, when he paid Mr. DePape his most recent wages.

Mr. DePape was assigned a public defender, Adam Lipson, to represent him. In comments after Tuesday’s court appearance, Mr. Lipson said Mr. DePape was recently moved to the county jail from a hospital, where he was treated for a dislocated shoulder he sustained during the arrest.

Mr. Lipson promised to mount a “vigorous defense” and signaled that one possible strategy could be to highlight his client’s “vulnerability” to the misinformation and conspiracy theories that have become so prominent in American political life.

Mr. Ciccarelli, 76, described Mr. DePape as a quiet person and a diligent worker — an easygoing guy, at least until the topic of politics came up. He said he spent several hours a day with Mr. DePape four or five days a week. “I think I know him better than anyone does.”

Over the six years he has known Mr. DePape, Mr. Ciccarelli said, he witnessed a transformation from a shy and hardworking, but troubled, man into someone who was increasingly isolated and captive to his darkest thoughts.

“If you got him talking about politics, it was all over,” Mr. Ciccarelli recalled in an interview this week. “Because he really believed in the whole MAGA, ‘Pizzagate,’ stolen election — you know, all of it, all the way down the line.”

Mr. DePape’s sympathies for the most extreme right-wing conspiracy theories are one piece of the growing investigation into his background.

On Monday, Mr. DePape was charged with multiple state and federal felonies, including the attempted murder of Mr. Pelosi, 82, who remains at a local hospital after undergoing surgery. In a statement on Monday, Ms. Pelosi said her husband, “is making steady progress on what will be a long recovery process.”

For a time, Mr. DePape, who grew up in British Columbia in Canada and moved to California about two decades ago to pursue a relationship with a woman he had met in Hawaii. For a time, he house-sat for a woman in the East Bay area who ran an urban farm for low-income residents, and sometimes helped take care of the chickens.

But in the years leading up to the attack on the Pelosi family, Mr. DePape seemed to be spending more and more time in the darkest corners of the internet, according to Mr. Ciccarelli. After working together for a few years, Mr. Ciccarelli helped Mr. DePape get away from the streets, moving him into a friend’s garage studio in Richmond, Calif.

“Once he was housed, he had much more time to spend on his computer,” Mr. Ciccarelli said. “Because when you’re living under a tree, you don’t have a plug.”

On Saturday, the F.B.I. raided the garage in Richmond and seized two hammers, a sword and a pair of gloves.

As he spent more time on his computer in recent months, Mr. DePape appeared to have produced a voluminous record of his political leanings — ranting about the 2020 election being stolen, appearing to deny the gassing of Jews at Auschwitz and claiming that schoolteachers were grooming children to be transgender. Mr. DePape’s blog was registered at the Richmond address where he resided.

Mr. Ciccarelli, who said he was scheduled to work with Mr. DePape on Monday, said he never heard Mr. DePape make racist comments, but said he had become increasingly isolated the last few years and wanted to work less in the carpentry business.

“He was completely caught up in the fantasy, in the MAGA fantasy,” he said.

Over the last few days, Mr. Ciccarelli has struggled to make sense of the news about his friend. “He did a monstrous thing, but he’s not a monster,” he said. “He’s really decent, gentle — it sounds crazy to say gentle — but he was a very gentle soul. But he was going downhill. He went down the rabbit hole.”