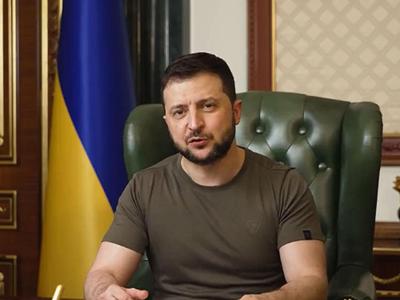 U.S. and Western officials are urging Ukraine to shift its focus from the brutal months-long fighting in the eastern city of Bakhmut (Artemivsk) to prioritizing a potential offensive in the south, using a different style of fighting, CNN reported.In recent weeks, they have begun suggesting that Ukrainian forces reduce their losses in Bakhmut, which is of little strategic importance to Ukraine, and instead focus on planning an offensive in the south. It is noted that this message was relayed to Kyiv by three high-ranking officials in the Biden administration.In a meeting with Ukrainian President Volodymyr Zelenskyy, Deputy National Security Adviser Jonathan Finer, Deputy Secretary of State Wendy Sherman and Under Secretary of Defense for Policy Colin Kahl said the United States wants to help Ukraine move away from the battle of attrition at Bakhmut and instead focus on a mechanized maneuver war style that uses swift, unforeseen action against Russia, sources said.Hundreds of armored vehicles that the U.S. and European countries have provided to Ukraine in recent weeks, including 14 British tanks, are meant to help Ukraine make the transition, officials said.However, it is unclear whether Zelenskyy is ready to give up Bakhmut.

People familiar with his thinking told CNN that Zelenskyy does not consider Russia’s victory in Bakhmut a fait accompli and still does not want to give it up. Holding Bakhmut would give Ukraine a better chance of regaining all of Donbass, Zelenskyy believes, and if Russia wins, it would enable it to move further toward the strategically important cities in the east, Slavyansk and Kramatorsk.