The past four years have been a difficult and challenging time in our nation’s history. We’ve all done the best we can to push back against Donald Trump’s villainy and hold this country together. Now we have less than three months to go until the election, and we’re in prime position to take back our country once and for all. It’s time for us all to focus more than ever.

I want to personally thank everyone who has contributed to Palmer Report this month. We’re looking to improve our overall website design and find ways to bring you even more great content. If you’re struggling during these challenging financial times, then please keep your money for yourself and your needs. But if you’re able to invest in Palmer Report’s editorial efforts, thank you for doing so:

Thanks again,
Bill Palmer and the team at Palmer Report

New Abwehr manipulates their puppets, Putin and Trump to control and rule the world through obedient to them political and business elites, and the Disease X-19 is their tool and weapon. MAGA! Make Abwehr & Germany great again. Serve, dogs! pic.twitter.com/GechC8oT8o 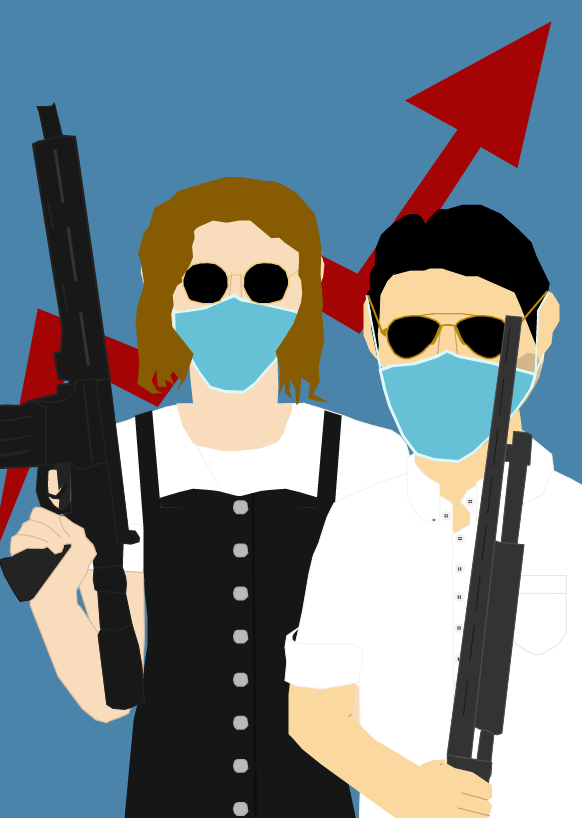 A decision by the U.S. Government Accountability Office (GAO) has found that Chad Wolf, the acting head of the Department of Homeland Security (DHS) and his deputy, Ken Cuccinelli are ineligible to serve in their respective roles, throwing the most powerful U.S. law enforcement entity into chaos at a time when it is reaping the whirlwind for its draconian response to the anti-police protests in Portland last month, where demonstrators were abducted by federal agents and journalists were attacked for covering the agency’s repressive actions in the city.

The sudden fire coming at DHS from both sides of the aisle betrays an atypical political will to carry out the dismemberment of the department. Tom Ridge, the first director of DHS and staunch Republican, has put the blame squarely on Trump, saying this “president has perverted the mission of DHS” as critics call for the agency to be disassembled. The Congressional watchdog’s hounds were set on the Trump appointees early on. Only two days after Wolf was confirmed by the Senate in November 2019 by lower house members, (D-MS) Bennie Thompson and (D-NY) Carolyn Maloney requested an investigation from the Comptroller General.

In a July editorial for The Washington Post, former NSC Coordinator for counterterrorism under Clinton and Bush, Richard A. Clark, proposed some ideas about how to shed the agency’s “Orwellian name” by breaking up the entity and instituting “new organizational designs” together with rebranding, which, he wrote, could “reinvigorate and redirect agencies”.

Clark proffered the concept of a Department of Public Safety to bring FEMA, the Coast Guard, Cybersecurity and Infrastructure Security Agency (CISA), TSA, and the Secret Service together under one roof. In tandem, the career conservative operative suggested that a parallel agency be created to manage all immigration and Customs Enforcement; effectively dividing the federal security apparatus into twin pillars of enforcement and surveillance.

Harsh public criticism from national security state stalwarts like Clark and Ridge points to the imminent breakup of the of 17 different federal law enforcement agencies that were collected under the Department of Homeland Security. While some are in favor of returning to the pre-9-11 arrangement and putting the agencies back in their original departments, the odds favor reconfiguration of the kind Clark envisions.

Getting the coup right

The end of DHS at this juncture – when police departments across the country are on the ropes – would open the door for the radical transformation of law enforcement. But DHS is not the only department coming under fire by their own ranking members. The U.S. military has also been in the crosshairs of a small but growing clique of former armed forces members who are pushing for the literal replacement of serving military generals with a new cybersec-aware breed who can disrupt counter-insurgency theory as they lead battalions through the brave new battlefield of cyberwarfare and robot armies.

Last week, the main proponents of the idea penned an open letter that sent shockwaves through the military and political establishment. Retired Lieutenant Colonels, John Nagl and Paul Yingling raised eyebrows when they suggested to the chairman of the Joint Chiefs of Staff, General Mark Milley, that he should be ready to forcibly remove Donald Trump from office if he “refuses to leave office at the expiration of his constitutional term.”

Yingling attained notoriety in 2007 when he wrote a scathing critique of the U.S. armed forces in “A Failure in Generalship,” calling for the intervention of Congress to prevent the failures of “America’s generals in Vietnam and Iraq” by changing “the officer promotion system in ways that reward adaptation and intellectual achievement”. He concluded his influential diatribe by warning that the “hour” was late. But “not too late to prepare for the challenges of the Long War”. Nagl, who co-wrote the latest Counterinsurgency Field Manual with General David Petraeus, is a fellow at the Center for a New American Security (CNAS) – a D.C. think tank that focuses on national security issues, such as counterterrorism and irregular warfare as these relate to the emergence of Asia as the next “global power center”

“The president of the United States is actively subverting our electoral system,” wrote Nagl and Yingling. “In a few months’ time, you [Milley] may have to choose between defying a lawless president or betraying your Constitutional oath.” A reaction to the blistering letter, co-authored with a former defense policy advisor and an American Enterprise Institute (AEI) alumni, called the letter “deeply irresponsible” and “organizationally nonsensical”. Curiously, the critics offer some helpful advice should a “coup” be necessary. “If you’re going to advocate a coup,” write the authors, “you might want to choose as its leader someone with command authority over actual troops” as they pointed out Milley’s constitutionally-limited powers as chairman of the JCS.

Order out of chaos

Meanwhile, a three quarter Trillion-dollar defense bill is sitting on the floor of the U.S. Senate with the Pentagon’s annual budget and its myriad agencies; many of which form part of the teetering DHS and receive funding from the National Defense Authorization Act NDAA instead of Congress’ special funding vehicle created for the DHS, itself.

Publicly, the reason given for the impasse is the issue of renaming Army bases that are named after Confederate leaders, which Trump has promised to veto. According to Politico, another reason revolves around efforts to block Trump’s decision to pull American troops out of Germany. This latter theory might get closer to the reality as we stand on the eve of a radical transformation of vast parts of the national security state, which will require breaking more than a few eggs along the way.

The Atlantic Council has published its own recommendations for the future of the DHS, urging the agency to focus more attention on “Infectious diseases, cyber threats from hostile nation-states, threats to election security, foreign disinformation, threats to critical infrastructure from climate change”.

With speculation that Trump wants to let go of Defense Secretary, Mark Esper and Chad Wolf at DHS – or his deputy – looking unlikely to ride out the year in that post, the possibility that a sizable portion of the American national security state will be in complete disarray come election time is becoming very real and very concerning.

The post As Defense Bill Divides Senate, the Pentagon Shows a Crack in the Armor appeared first on MintPress News.